Getting to Culgoa from Brisbane is a bit of a zig zag along several highways and backroads but part of the adventure is getting there. Along the way a great little history stop can be found at Hebel close to the NSW QLD border and you'll realise that this area is full of history. There’s not much at Hebel anymore, there’s the typical country general store which operates as a shop, tourist information centre, post office and where you can get great coffee and homemade cakes, across the road there’s the quirky Hebel pub decorated with colourful graphics by a local artist, and a park nearby where you can spend an hour and to read the areas history along the Hebel historical circle. There is free camping here at Hebel, right on the towns city limits at Judd’s Lagoon, right on the banks of the Bokhara River complete with town water, flushing toilet and bbq shelters. From the free camp you can walk to town or walk along the river to where the old and new weir is that holds the water for the town. It’s a significant history spot near the Bokhara River too as back in 1846 Sir Major Thomas Mitchell passed by on his way north towards the Gulf from Sydney.

Within the town of Hebel at the towns historical circle there are 10 tall timber post’s where you can read and get a feel for the town that once was and while you spend time pondering the history the kids can play in the playground just nearby. The post’s represent significant history  events starting when explorer Mitchell passed through the area and saw local Aboriginal habitation including small fires near huts, piles of harvested grass, scars on trees and well worn paths. When NSW and QLD separated in 1859, nearby Currawillinghi Station was home to the customs office and police station and with this came responsibilities for custom duties as apparently back in the day stealing sheep and cattle, smuggling booze and evading taxes were running rife. Inspectors were appointed nearby and in one year alone it was recorded at that taxes were paid on nearly 50,000 sheep entering QLD but only 12,000 leaving. At Currawillinghi’s peak in 1900 there were nearly 90,000 cheap shorn with hand shears on 60 stands.

A hotel was built for the passing Cobb and Co coaches to provide a stopping station for passengers on their way to the goldfields and hearing this bushrangers soon roamed the area. Hebel was known as Kelly’s point prior to 1889, as legend has it that Ned Kelly’s brother Dan and another gang member lived here after escaping from Glenrowan. But being a bushranger rumour the story may have it’s flaws. The origin of Hebel’s name is a bit of a mystery. Some say it came from a German settler yet others say the local Aboriginal meaning is ‘hot place’, so in 1899 it was declared Hebel by the nations government. If you need last minute bread, milk or fuel, Hebel is the most reliable as you head towards Culgoa and if your heading out the other side it’s a further 200-300km to another fuel stop.

Leaving Hebel after a refreshing stop it’s here where you head off the bitumen onto un-sealed black-soil roads which sometimes can become impassable with a little rain. It’s 45km to Goodooga, a small town with only 300 people and no facilities. The landscape is barren, flat yet it’s part of an ancient landscape where 200 million years ago this whole area was covered with water and with millions of years of weathering the only thing left are hard flat topped rocks that rise only ever so slightly above the ground. Heading out of Goodooga along the Brenda Road towards the park it’s not long before you cross the Culgoa River and on the boundary of huge wheat farms until you enter the Culgoa park. The entry is well sign posted and it’s mandatory to stop at the rangers off just to let him know that you've arrived. Fees cant be paid directly here, as they must be paid online and due to no phone service in the park - it’s impossible to do it at the rangers station.

If your like me and after more remote coming, the ranger can head you out to Redbank Hut camping area. This is bush camping at it’s best. Getting to Redbank is as easy as following the map for another 12km west along the park trails. A 4wd is necessary due to the soft sand and sometimes high brush that you need to drive over that grows between the wheel tracks. The landscape is barren and harsh as you head towards the hut and open camping area. Stands of Mulga and Gidgee trees line the road with desert Mitchell grasses underneath all looking for nutrients in the red sand. Don't expect anything at Redbank as the camping area is an open area with little shade but you can camp near the dam at the hut.

Back at the turn of the century there were several large stations that ran sheep and cattle on the land that Culgoa occupies today. Over the years these stations have been acquired to increase the parks size. Redbank Hut was a pastoral homestead which has a artesian bore nearby. The hut and surrounding relics have been preserved by the current ranger- Andy Coward who has been stationed at Culgoa for the past 13 years. Scouting around the hut it’s pretty easy to find old relics like the outhouse, bottles, marked fence posts, old implements and more. Showing respect here by leaving things as you find them is always a good feeling because when the next lot of visitors come along they get the chance to experience the surrounds. If your lucky at night you might get to hear and see brush tail possums and the little Pied bats as they chirp in the night sky.

Continuing out through Culgoa to the west it’s a well beaten road that heads out towards Jobs Gate and towards Cunnamulla. If there has been no rain the roads are generally in good condition for out here with the usual red gibber rock strewn across the sandy roads. Exploring out here you need to be aware of the dangers and risk involved as there are patient dangers. The summers are extremely hot, you may see little or no other travellers, no phone signal or facilities. trip planning is essential where you need to carry a first aid kit, plenty of food and water, map or GPS, and have a reliable vehicle with spares.

Even though it’s a remote destination the area is known for having an ecological rich floodplain that supports a diverse array of wildlife within the Coolibah woodland pockets. Planning is best in the cooler months and a great stopover when exploring western Qld. 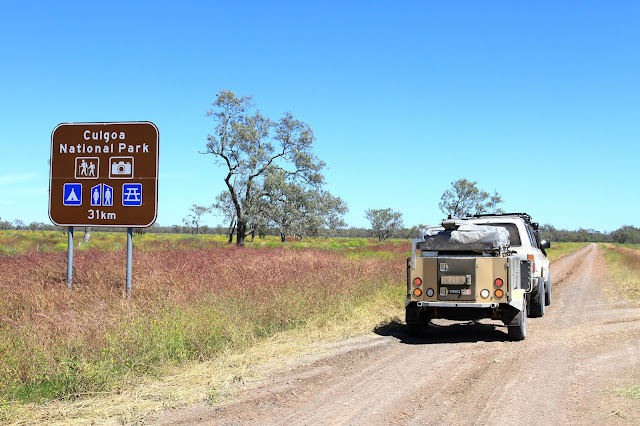 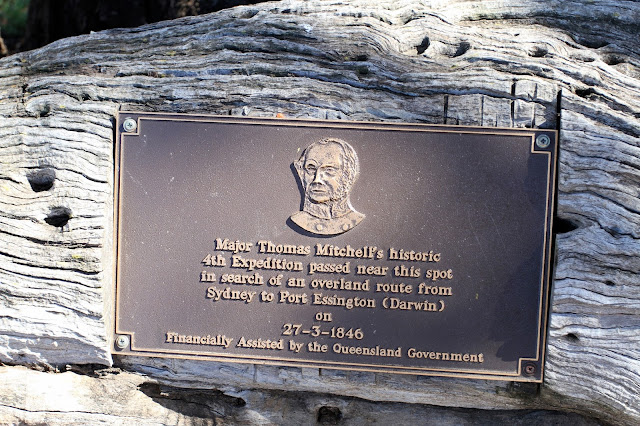 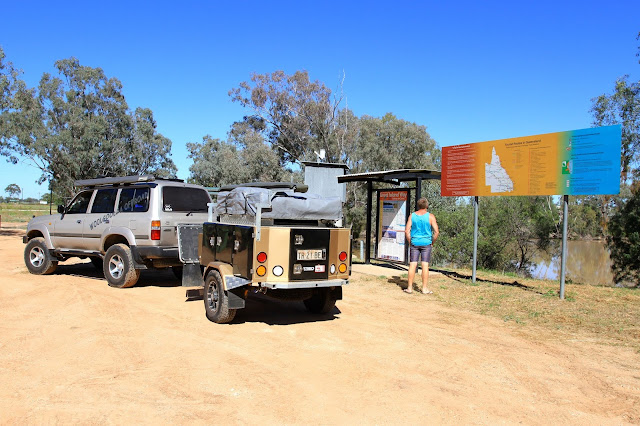 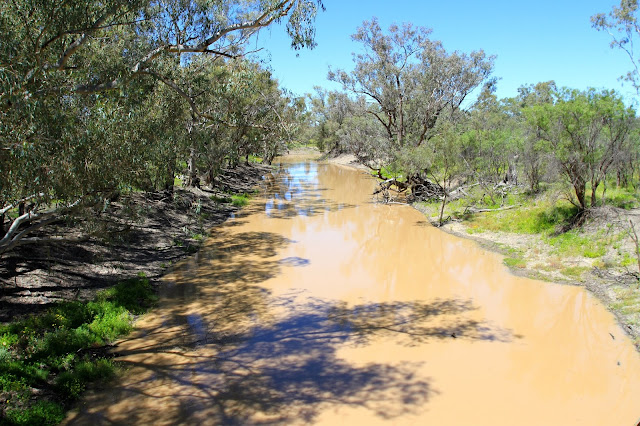 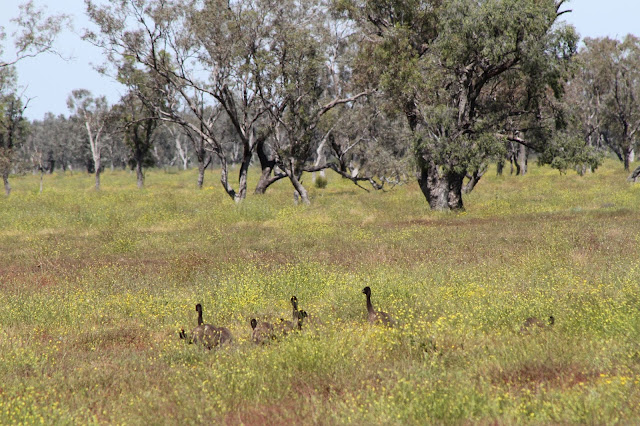 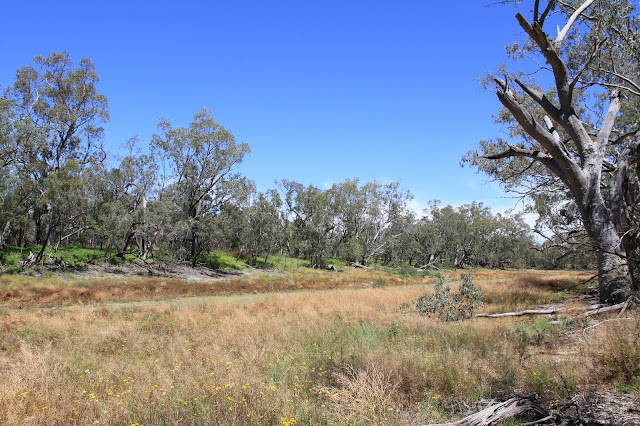 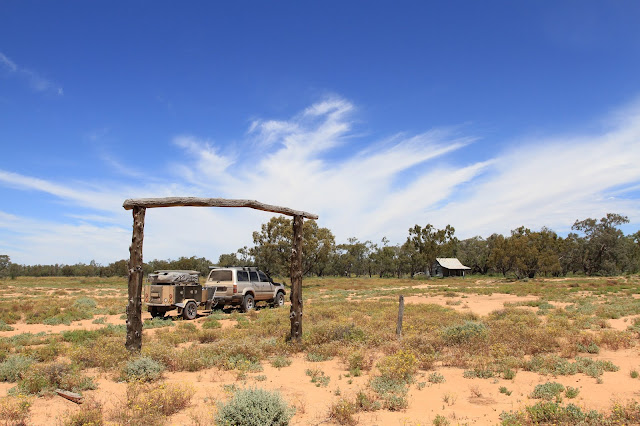 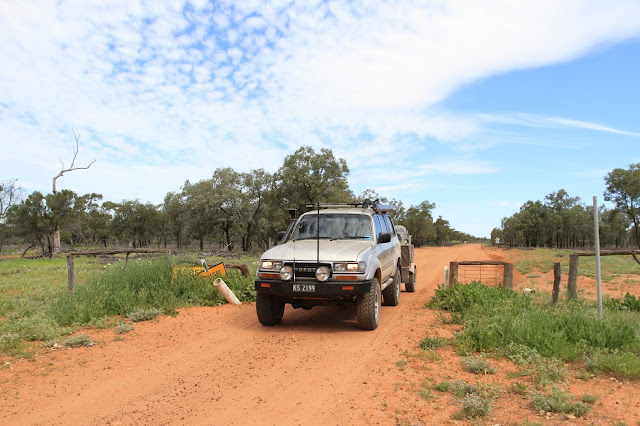