Not many people associate Coffs Harbour with mining, but at the turn of the century there were literally hundreds of mines around the Coffs coast. The whole region was rich in minerals including gold, silver, copper tin, gas and even some mercury. These mines consisted of simple pits, major workings with long drives and some very deep shafts. The gold that was found here was embedded in quartz, so after the task of finding the right rock that housed the quartz, it was then a task to extract the quartz , then move the rock to a local stamper where the rock would be crushed and treated with chemicals to gather the gold. Workings can still be found in the local area, most are not safe to enter due to weather conditions that may unsettle the surrounding earth as well as time. This drive will take you to several mine groups, showing you just how hard conditions were.

Keep in mind that the local area was alive with market gardens, bakers, butchers and hotels that supported the mining communities with supplies. From Coffs Harbour head west towards Coramba, keeping in mind that from the moment you begin this trip you start entering mining country. From Karangi to Coramba there were several large copper and gold mines. Most mines in this area only operated for less than 10 years, a few have reopened in depression times and some as late as the 80’s. As you enter Coramba’s city zone, swing a right onto East Bank Road-sign posted to Nana Glen. This sealed 12km drive will wind its way past the base of Mount Coramba, where several large mines operated. They included ‘’Beacon’’ (where for several years there were more people here than in Coffs itself).

Other large mines included King and Queen Coramba. East Bank Road winds its way through rich farmlands that was once alive with small communities that supplied miners with fresh produce, now it is alive with hobby farmers enjoying rural life. At the end of this road swing a left, head 2km down onto Orara Way. Here turn left and pass through the sleepy village of Nana Glen, look out for Nana Creek Road around 3km south of town. As you wander along Nana Creek Road, it is possible to spot several farms that have relics rusting away in the paddocks that include old horse drawn buggies, ploughs and more. Turn left into Battery Road, keeping in mind that it is a country courtesy to slow and keep dust to a minimum as you pass these farms.

Stay on Battery Road keeping Matilda Road on your left. From here the surrounding bush is alive with pits, deep shafts, and drives that are several hundred metres long, some mines are on private property here as are some old crushers.

Less than 2km from Matilda Road, keep on eye out for a mine right beside the road. Little is known about this solitary mine that has been cut into hard rock for some 70 metres, but it is believed that the government was mining companies a fee to employ workers when times were tough.  Very little gold was found in here, about the only thing you will see are the Endangered Bent-wing Bats that call this mine home. Continuing on just 1km past here turn hard left under the power lines heading up the hill staying left.

Only 1km up the road lookout for a well used track on the right, you are now proceeding onto Matilda Hill, which was mined from around 1880 till 1900. Parking at the top you can visually see the huge amount of workings that turned this hill up side down looking for gold. It is estimated that some 700 ton of quartz was crushed here for minimal gold- life was bloody tough. Looking at the mine map of Matilda hill it is possible to follow several groups that ran across the top of this hill. Caution though, as there are many open shafts here as well as several drives that are unstable due to the rock content. Retracing your steps back down to the power lines go straight on down to a wonderful little creek crossing.

This is the spot of Nana Village. Scattered throughout the bush here are remnants of some old mines, that include stone foundations, old timbers, boilers and thick heavy pieces of metal that were used in the gold period. This is a great place to stop for a cuppa and explore. It’s hard to imagine a town here that had huts, a warden’s office, stampers and a school.
Leaving here heading up the hill, this was once a main thoroughfare from Nana Glen to Dorrigo as there were several large mine groups along here that included the Bella Group.

These mines had several workings that included Lady Bella and Bella’s Daughters where some 19kg of gold was found. It is hard to imaging that these mines are located in the steep valleys around 1.5 km up the track. Slowly the vegetation is taking hold of what is left of this areas history. These mines are deep in the valley and along with high rainfall, bushfires and logging they will soon disappear. History states that some miners here only had barrows to wheel rock to local crushers some that were over a mile away.

Some fortunes were found but realistically it was hard work extracting any gold from the rock here. It has been reported also that in some cases, gold reefs were found by prospectors-so they raced to a nearby office to stake their claim (often had to travel to Grafton to lodge a claim), but returning back to the area, the same gully could never be found! Mining here was very harsh compared to other areas. The bagged rock sometimes had to be transported by bullock sleds to stampers that needed water to operate.

Some stories say that often bullock teams lost their loads due to the steep and unforgiving terrain of this area and the gold was never recovered. You just need to stop and look around at the surrounding hills to see just how rugged it is. The larger mining companies employed surveyors, road builders, log cutters, boiler loaders through to the miners- everyone had a role to play. Staying on the main road some 6km from Nana Creek village you will pass through a diverse range of vegetation, from heavily timbered valleys with lush rainforest pockets surrounding the waterways to patches of grasstrees that survive on a breath of dirt, there is plenty to see. Keep an eye out for lyre birds, the odd wallaby or even listen for the unmistaken call of the whipbird. Heading out approaching the tar, this is the Eastern Dorrigo Way.

Turning right you can visit several local villages that include Ulong and Lowanna. Turning left, it is casual 15 min drive back down to Coramba. This twisty, windy road will give you a fantastic view to the north where you entered the bush and show you just how rugged it can be. Just be wary of local traffic travelling down here as it is a main road through to the hinterland.


Travelling down here remember that you are on the Great Diving Range with a cool temperate climate, so here you will pass under some fantastic examples of tree ferns, stags and other cool climate flora. Rainfall can be high here, giving the pockets of rainforest a fighting chance against the huge gums that are straining towards the light.
You just need to get out there and look. NO map will tell you where these mines are, you just need to explore, explore and explore like I have. 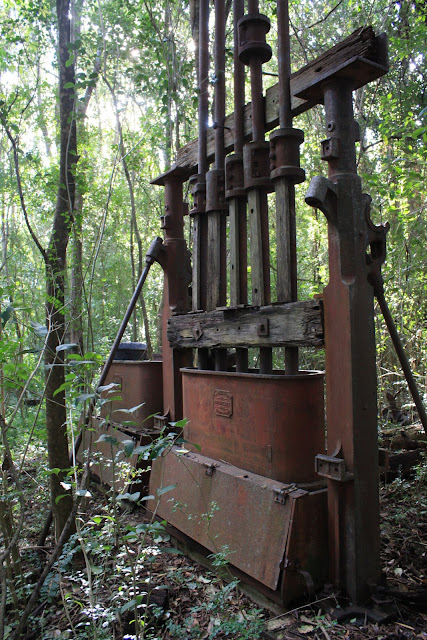 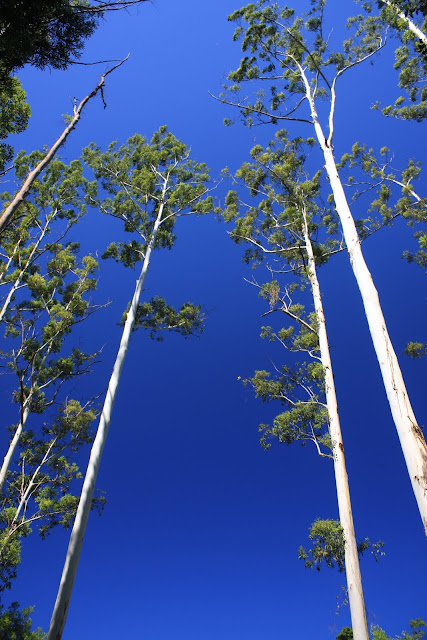 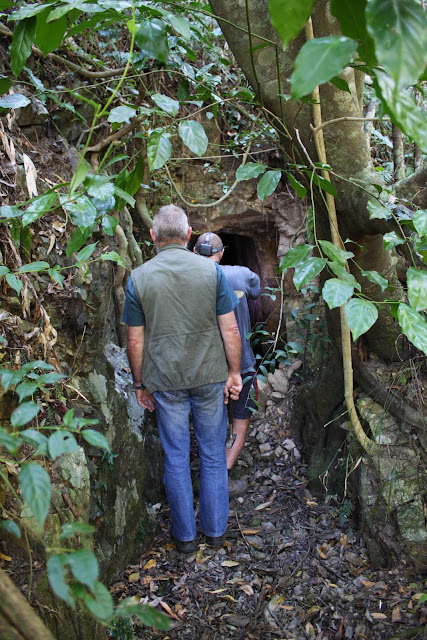 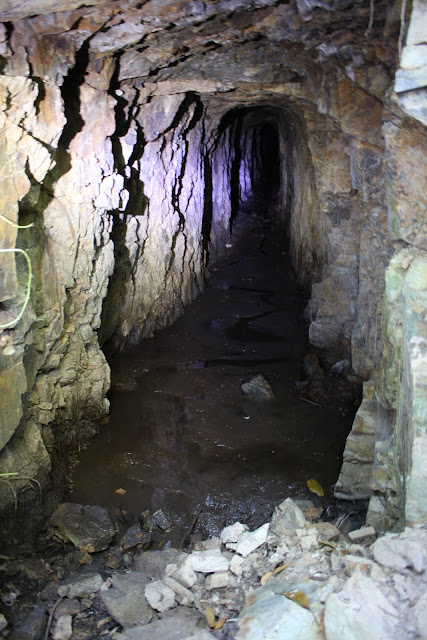 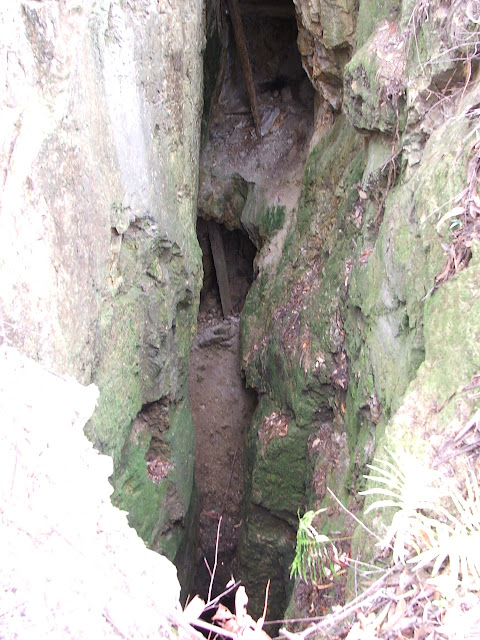 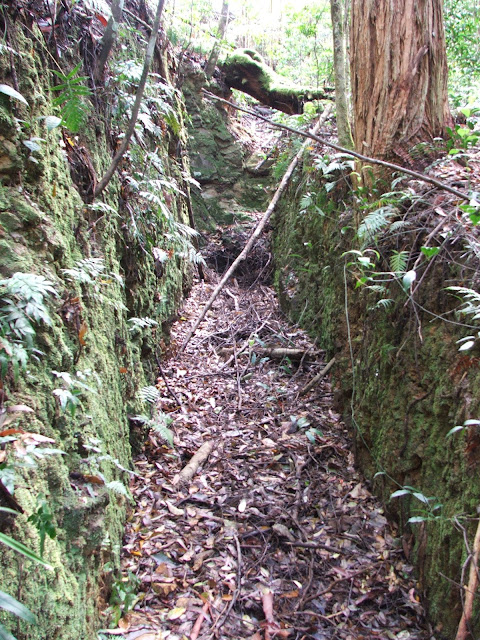 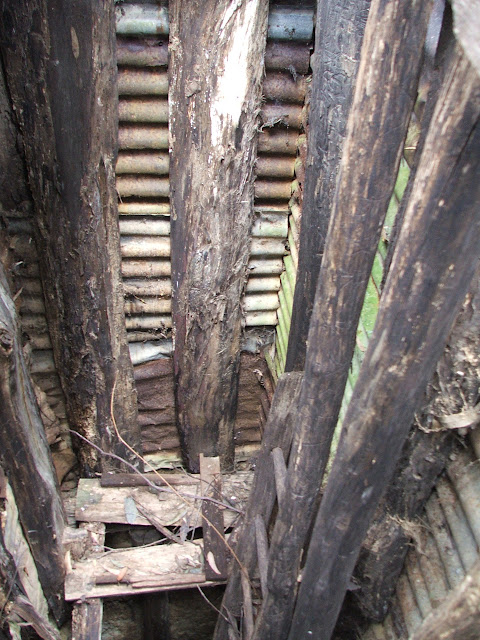 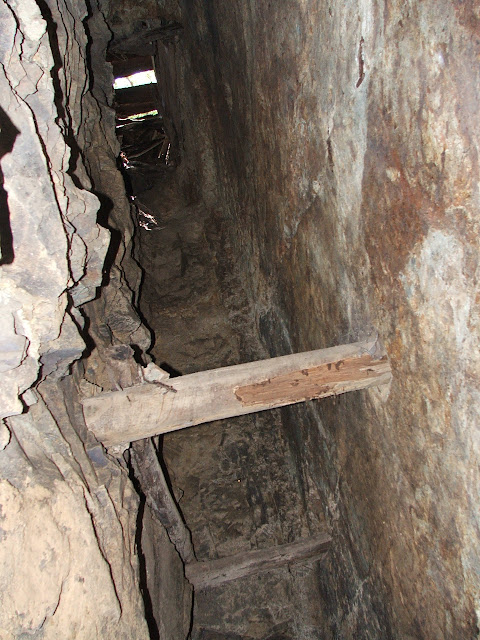 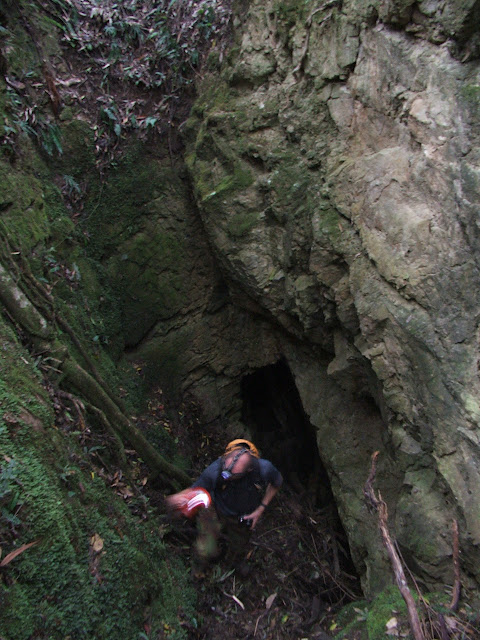 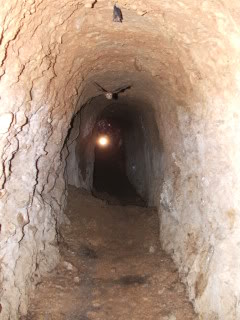 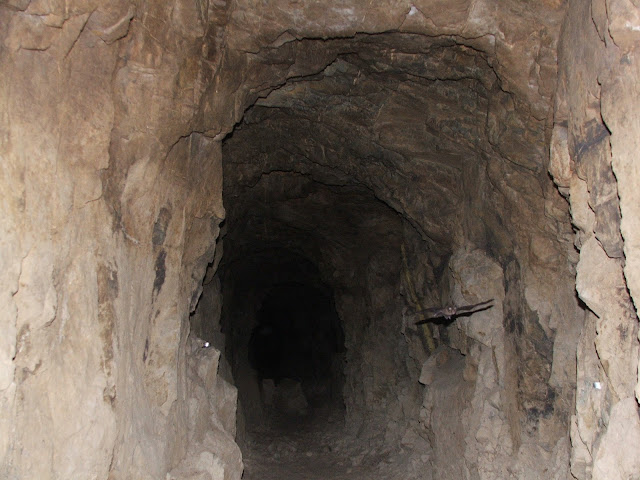 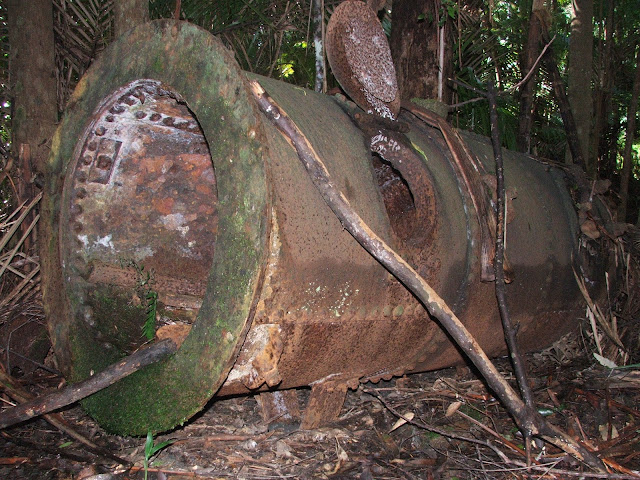 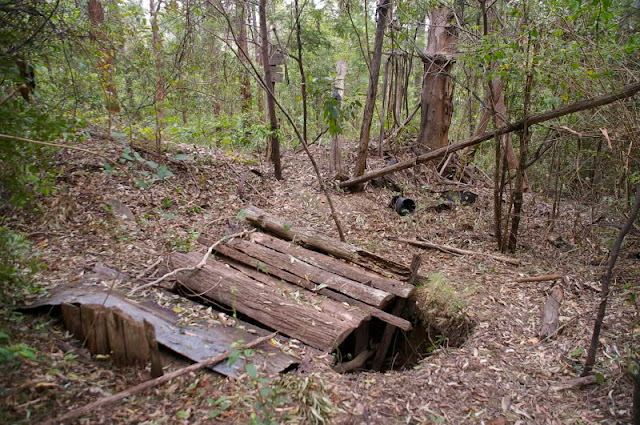 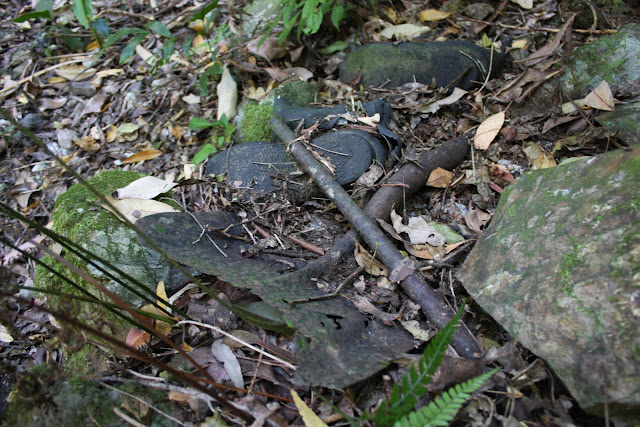 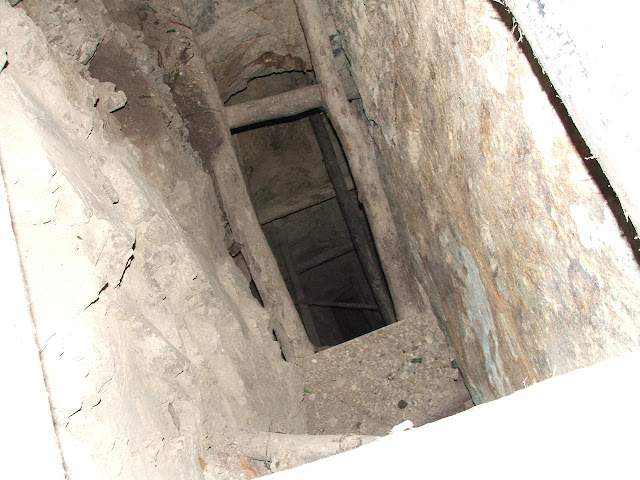 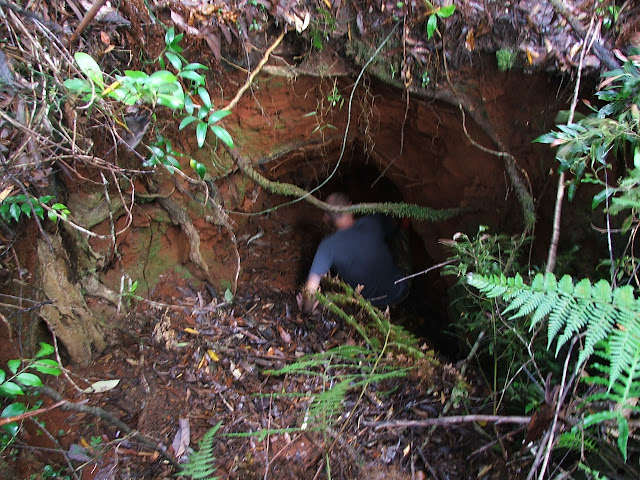 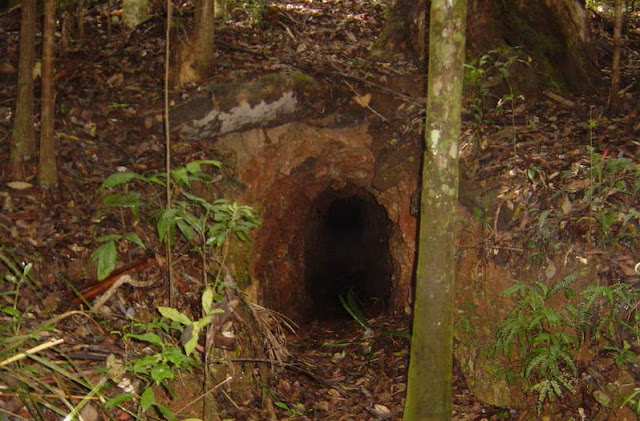 Oooh there'll be lots of bones at the bottom of these shafts!

Some unknown facts on our area. Well put together article. Thanks and get unto the Hills

Fabulous! I had no idea all of this was out there and so close to Coffs.

I went out there today for a quick look. Couldnt find the 1st mine close to the road. Went over the creek and up the hill. Tried looking for artifacts but couldnt find much. The forest has taken over, alot of low scrub. Which side of the road is the mine of Battery rd?

The mines are def there oh and thank you