Another day and another post. This time it isn't about 4wding, camping or related articles. At the beginning of the year I was after another challenge as I had a heap of spare time and a void in my life. I considered going back to the gym as I had done years ago, but upon thinking about it I couldn't think of anything more boring and routine.

A good friend of mine gave me a link to Crossfit. A huge following in the USA. The more I looked into it and came enthused about it, it seems that the Romans have been doing this type of exercise for hundreds of years. Now some say ( mostly those who have never tried it ) say that it is defiantly bad for your joints as there is such a jarring motion involved. I suppose this is true if your instructor is lame or doesn't teach proper movement.

A lot of the movements and exercises are using your own body weight, like pull ups, running, skipping buries, box jumps and more. I think the best way to describe it would be a cross between gymnastics and weightlifting.

I know that I had definantly improved my speed, strength and movements over the past months, I weigh around the 100kg mark and I do feel a lot fitter than before. I am one of the biggest in our cross fit group, I am def not the fastest, but we all excell at something, and honestly no one cares if you come first or last. I can't keep up with the young guys, we are all in the same class.

Crossfit doesn't have mirrors, fancy music, spas, saunas or the like, we have proper workouts, simple exercise that use minimal or your own body weight, but the most important concept is the fun factor. I am pretty sure that I have mastered a few of the movements we do but this year I would love to master "Double under's, more handstand pushups and proper pull ups", but weighing in at around 100 kg it is def a challenge !!!

Probably the best way to explain what crossfit is all about is to check out the links below.

Thanks to Chris, and his team for their motivation night after night. 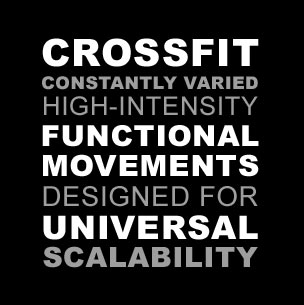 You can train all you like, but you need to eat right, so along with this training i have adopted the Paleo Diet. Basically it is food that the caveman would of ate. ie.... nuts, chicken, fresh fruit, beef, etc.
It may be a bit hard in todays world, but if you walk into a supermarket and shopped around the outside of the isles, ( fruit, meat, dairy, fish, veges ) this would satisfy 90 % of your needs, as the inside of the isles all contain processed foods.

Just recently I have come across this great recipe site, great food and all fresh.

At the moment I am sick and tired of  hearing all that crap the food companies put into our food.

There is a growing movement that believes if we really want to be fit, healthy and disease-free, we need to return to the hunter-gatherer life our ancestors lived some 40,000 years ago and dump all foods which are processed.

Known as the paleo, caveman, stone- age or primal diet, its burgeoning band of supporters swear it is more a lifestyle than an eating practice, because the focus is on overall health rather than weight loss, which I realy love, I hate diets, you never stick to them.

The paleo philosophy is based on the belief that modern-day conditions such as diabetes, obesity and heart disease all started with all processed, packaged and modified food, grains and weat.

It claims that, genetically speaking, the human body is best built to deal with food which is sourced from hunting, fishing and gathering.

A typical paleo meal plan might include eggs and steak for breakfast, soup or salad (preferably including meat or fish) for lunch and roast meat and vegetables for dinner. Paleo recipes include stews, stir-fries and egg dishes such as frittatas and omelettes.

"This program of eating was not designed by diet doctors, faddists or nutritionists, but by Mother Nature's wisdom acting through evolution and natural selection," says Dr Loren Cordain, author of The Paleo Diet (Wiley). He says the diet is based on "extensive scientific research".
I love that idea and I am willing to give it a shot, are you?
on September 30, 2012

Email ThisBlogThis!Share to TwitterShare to FacebookShare to Pinterest
Labels: CROSSFIT