Gold is a funny thing. We all have the inclination that where you find the white quartz is where you’ll find gold. Now while this is true, gold can be found in other forms, just like on the Coffs Coast when the pioneers settled across our area. Now depending on what you read or how the story has been passed down by old timers there’s a possible two places where gold was first found. One story I have read is that alluvial gold ( small specks and flakes ) was found in the upper reaches of Pine Creek just near Bonville at the highway overpass; and the other story I have read is that gold was found near Taylors Creek at the base of our highest mountain - Mount Coramba. It was said that two brothers stopped for smoko and one of them found little gold nuggets scattered across the ground like chicken feed.

From that moment on the rush was on here on the Coffs Coast, may it only lived for a short time, but our town grew with miners, their families, shops emerged and market farmers saw the potential for growing crops in the area like in the Orara Valley. Gold was found in many different locations from high in the hinterland, in the deep valleys, in clay and in the hard rock where no water was found, on headlands in the rock plus in the sand and believe it or not, gold was found on a couple of the Solitary Islands. But it was short lived and bloody hard work. Some of the statistics from certain mines are mind blowing where the miners might have moved 70 ton of rock for only a few grams of gold, it was hard work. Not only were there the miners, but people to clear timber to feed the boilers for the stampers to crush the quartz to extract the gold. It was a huge team effort. Gold was hard in Coffs. The rock was intensely hard and often had to be transported to where the stampers were, and often bullock teams refused to go to different mine areas as there was rarely enough food for the bullocks to graze on. The clay was thick and heavy and there gold was very difficult to extract. Often for a days work teams might only find small amounts of alluvial gold, nuggets were rarely found in Coffs, and if they were they were only very small. Gold was hard work in Coffs. 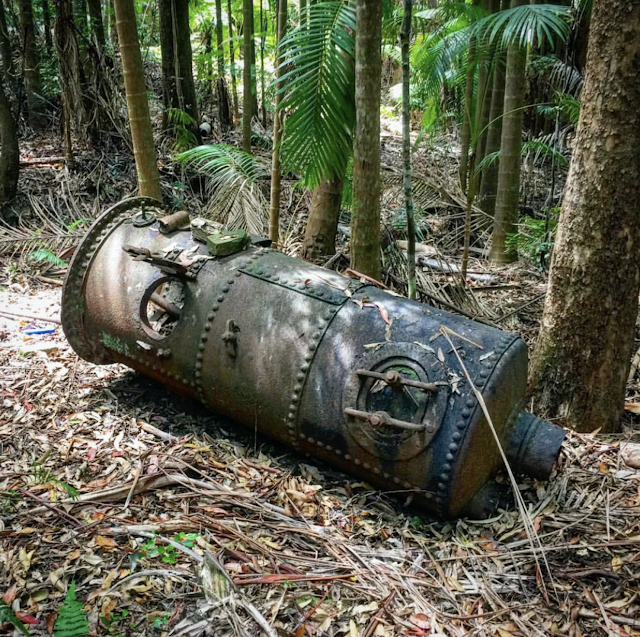 When you read ( if you can find them ) the old history books on specific areas around Coffs or even the amazing book by Mr George Robb, they talk of the mining wars and woes that these hard working families endured year after year. Just imagine things like, finding gold then having to trek or ride a horse all the way to Grafton to lodge a claim, then on the way back you forget what valley your claim is in, or enduring droughts, no gold, severe sickness, no food or even a snake bite, they were hard times. Today we complain about the rough road that we take our 4wd on to find these old mine sites, but back then they had to walk for days to get into our hinterland through our ruggered terrain sometimes pushing a barrow or just carrying their possessions.

Coffs is like many other towns all around Australia where gold was nearly always found nearby and had some sort of gold rush and with that the history started to develop in that area. Only a small fraction of places actually made it into the gold record books such as the Victorian Goldfields and the huge mines in WA that are still producing today. When the miners finally left Coffs some of the mining companies actually moved everything to the new location, from heavy and awkward stampers, boilers right down to some of their buildings. Today if you know where to look some of the old gear is still in the bush just rusting and rotting away, but its beautiful in its own way. It’s solid and very heavy and makes us wonder why they left it. Mines can be found in the gullies and high on the mountains right down to several on local beaches where the timbers that held the sand back can be seen. It's a shame when the new freeway went north past Moonee that a couple of pristine mines and equipment were filled in and the gear disappeared, all in the name of progress.

We have a host of street names around coffs remembering some of the pioneers and they can be found on the council history boards in Pioneer Park beside the old Museum. We complain about the steep windy tar road to the top of the mountain, we complain if its too hot or to wet and we complain if the water is crappy coming out of the tap, but just imagine having to go from the coast to the hinterland on foot, maybe along a narrow track in any weather type, having no water along the way and no water if the streams stop flowing for weeks on end. They had to endure all conditions and keep working for their minimus if any wage.

These were the true pioneers.