The mid north coast of NSW is scattered with stunning beaches and coastal getaways, but some times if you look a little inland you just might be surprised. Sitting quietly between Taree and Port Macquarie, Coorabakh National Park has many surprises with Volcanic Plugs, stunning lookouts, and huge rock formations all surrounded by pristine rainforest and eucalyptus old growth forests. Coorabakh National Park, relatively small at 1,830 hectares, was declared in 1999 to protect its wide variety of wildlife and the parks stunning scenery.

Entry to the park can be made from Moorlands, just south of Port Macquarie, where there are plenty of signs pointing you in the right direction towards the park. Traversing through old dairy farms when you leave the Pacific Highway, you get a sense of adventure as you look westwards towards the escarpment ridge lines that lay ahead.
Passing through several state forests keep an eye out for the old logger trees, where you can still see the cutouts from the planks that the timber cutters stood on when these huge trees were cut by axe around 100 years ago. The forests are full of eucalyptus, hardwood, coachwood and bloodwood trees. Coorabakh National Park is significant to the Biripi Aboriginal people of the local area and takes its name from Coorabakh, meaning bloodwood.

The forest loop drive of around 100km isn't a hard drive but in some sections where the road does get a little steep it might be wise to select 4wd high for added traction. Road base out here changes from a granite base material to black soil, that can get pretty slippery in times of rain. Along the way there are many stops that can be explore such as Waitui Falls. In summer time this is a great spot for a dip as where the water spills over a rock face into a deep pool, while surrounded by a pocket of rainforest.
Forest Way soon leads deep down into a newly opened area named Starrs Creek picnic area. Here there are toilets, several tables and a formed pathway which lets you wander through a thick pocket of rainforest where you can get up close and personal to several large red cedar stumps, pristine rainforest trees and any wildlife that may cross your path.

Further along Forest Way as you climb higher onto the ridge lines, the forests thin out giving way to scattered views westward throughout the trees. There are several lookouts along the way that include Flat Rock, Newby's and Vincent's. National Parks have done some great work here, installing viewing platforms and several tables. These platforms are also wheelchair friendly.

These lookouts give uninterrupted views across the valleys below, and towards several volcanic plugs which were part of the massive upheaval 30 million years ago in the area. These plugs named Little Nellie, Big Nellie and Flat Nellie have stood tall while the surrounding area has eroded away over time. On the protected slopes where the soil is deeper and more fertile, tall eucalyptus forests are found, yet along the creek lines more sub tropical species are found. The diversity of animal species come from the diversity of the landscape and plant communities. Koalas, brush tail possums, Parma wallabies, stuttering frogs and a host of bush birds are just a few of the threatened spieces found in the park.

Another feature of the park is the Big Nellie picnic area, where you sit under the shadow of Big Nellie, another volcanic plug. Here there is a National Parks walking track to the top of the plug for the more experienced walkers that rises 600 metres into the air.

For those who maybe a little scared of doing an extreme walk you can explore Newby's caves, located near Newby's lookout. Signposted, a short stroll will lead you to a number of overhanging rocks that form caves caused by erosion from the creek in times of flood. The lookout and caves were named after John Newby who established the first dairy farm in the Manning area and owned most of the land nearby.

Further along Forest Way, the last impressive stop is Vincent's lookout. While it is a short 2km detour off the main road along Tower road, it is worth another look at the stunning views. Named Tower road due to several radio towers that are perched up here, the views are still impressive as you are still 600 metres above sea level looking towards the coast.
No camping is allowed in this National Park, but at the end of Forest Way at Coopernook, there is free camping with pit toilets all on lush green grass. Exploring Coorabakh National Park might only be a day affair, but where else can you view volcanic plugs, swim in mountain fresh water all in the sight of the eastern sea board. 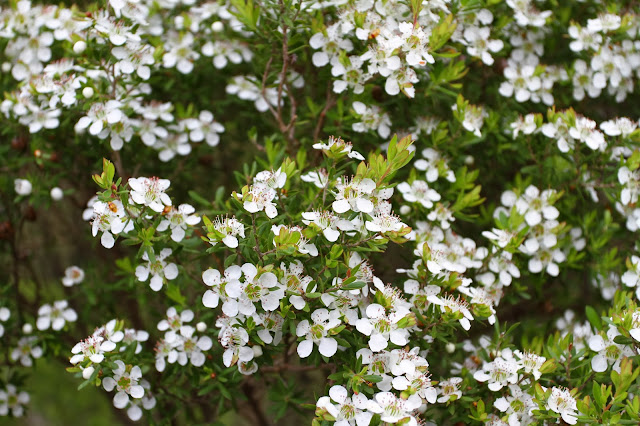 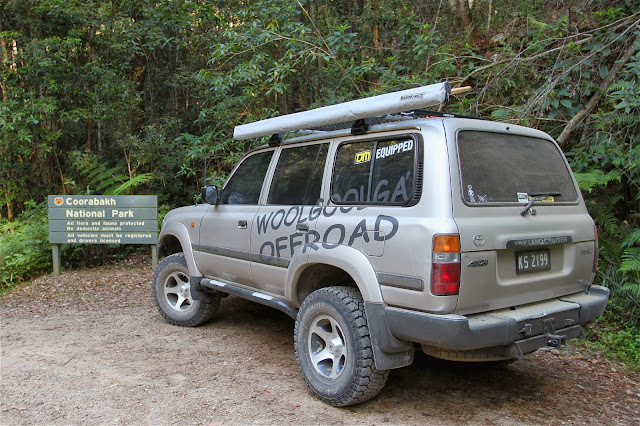 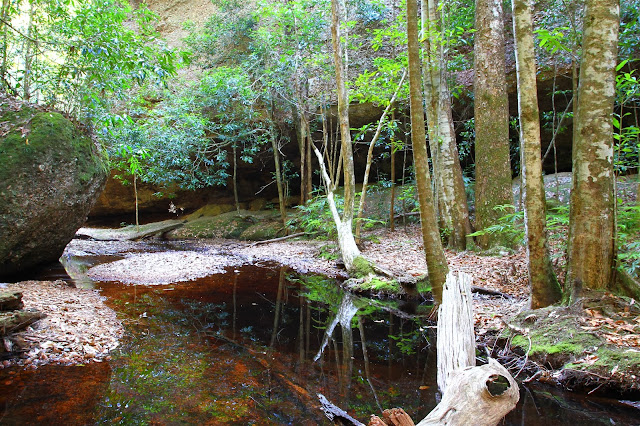 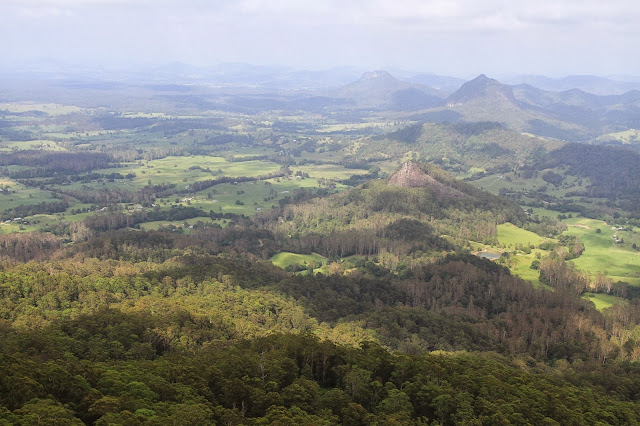 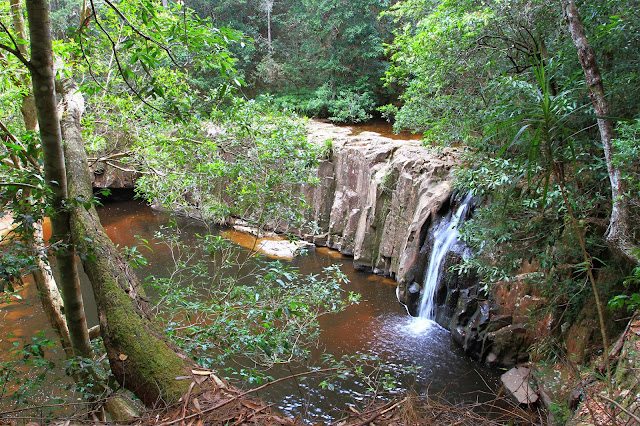