If you were to Google the definition of Wilderness, search engines will come up with: ‘’a natural environment on earth that has not been significantly modified by human activity’’. It may also be defined as: "The most intact, undisturbed wild natural areas left on our planet—those last truly wild places that humans do not control and have not developed with roads, pipelines or other industrial infrastructure’’. Having such places are listed are no good if you cannot visit them, but with a couple of hours drive from the Coffs Coast, midway between Sydney and Brisbane there is a wilderness area where you can camp and explore.

You can begin this trip just out of Dorrigo, on the NSW mid north coast. Dorrigo is known for its rich farmland growing some of the best potatoes outside Ireland. Volcanic activity in the area near Ebor some 30 million years ago pushed and shoved high peaks through the ground that became part of our Great Diving Range. This also provided deep cut gorges that have become inaccessible and rugged.

After visiting several tourist locations in the quaint and quiet village of Dorrigo, where you can still get real meat pies and service in the same place, we headed further west towards Armidale. The tar road from Dorrigo twists and winds its way over and through rolling hills that are green from recent rainfalls. Some 40kmout of Dorrigo  we hit the Grafton-Armidale road where we swung right and headed north. Travelling along the top of the Dorrigo plateau you are graced with views that seem to fall into the distance on both sides of the road. With a quick 10 minute drive we soon approached the locality of Hernani, population- not a lot !!.  Well sign posted directions soon had us turning left towards Guy Fawkes River National Park, still on the tar we swung past the local district school dropping down past sleepy farms. It didn’t take long to hit the dirt some 5km down the road, crossing a random creek as the cows watched us buzz by. It was about here when we saw the last farm, the last sign of civilization and the best of all-phone service just dropped out-nice!.

Having no phone service is one thing, but on the other hand you defiantly need to be self sufficient with spares, food and tools. It was hard to comprehend that just an hour ago we were battling coastal traffic for parking spaces at the local beach.

Travelling along here it was soon evident that we were going to be climbing high above to what we were, at this point the elevation was around 700 metres above sea level.  When you leave the locality of Hernani, you wander along Hardens Road. A good all weather road passing through old timber forests where it looks like they have been logged some 40 years ago. You do need to keep a lookout for several turns, they are sign posted, but being a wilderness area even the signs are aging with moss and other gremlins. But rest assured by following your nose and by having a mapping GPS at your finger tips you won’t go wrong. Speaking of logging in the area there had been very recent logging activity and the good thing about this is that road maintenance had been carried out, especially on the up hill sections where loads of gravel had been spread to avoid damaging the road, this is where  you start to bump up the altitude meter towards 1000 metres above sea level- this is snow country !.  As you climb the vegetation starts to change to a more temperate setting. Vines are climbing over tall Ash trees and tree ferns, yet down below at ground level, there are fragile soft ferns minding their own business- am starting to sound like a gardening guru !.

We used 2nd gear as we climbed higher in the mountain air for better traction and a slower speed meant we were in control at all times- this gave us a chance to count the endless amount of wildlife that darted across the road. From the 12 kinds of wallabies' that this area holds to native birds and even a lyre bird that shied in front of us, it defiantly is living up to the wilderness claim.
Around the 15km mark we spotted an old timber sign on the right that pointed us towards Mount Hyland picnic area. This ‘track’, which points east-ward, is just that- a track. 4wd is defiantly needed as you squeeze past tree ferns and with a thick leaf litter on the ground- traction is minimal.

Not recommended for any type of van or even camper as such, as turning is tight at the end. The surprise was the walk to the trig station which gave another awesome view of the ridges towards the coast.
Back on the main road a further 5 km along we found ourselves at a T intersection, checking out our GPS we spotted ‘Vista Lookout’ to our right. A well sign posted road where several trailers can easily swing around and park. This spot was great. Views forever towards the coast, picnic table and information board that explains why this area is so special. Top spot for a cuppa and to reflect on life. All this and we are only just 20km into our trip!
After gathering your thoughts about life and how to solve world peace, it was soon time to leave the magic of Vista Lookout. Backtracking past the T intersection to the right, it isn't long before you find the well sign posted turn off down to Chealundi Rest Camping area. This 12km diversion to the left, down into the wilderness camping area is a steep winding road where you need to be alert and keep a lookout for other 4wds or even animals as there isn't much room for a quick pull over.
One spot where you can stop is located just 6km down the road on the left, marked as Misty Creek Lookout. An 800 metre return walk to the edge of the some of the most breathtaking lookouts that you will ever see. Here as you look westward across the ruggedness of the Guy Fawkes Wilderness you can see a variety of different images here. From the river below snaking its way through the valley, to pockets of rainforest tucked in on the southern sides of the gorges. The ruggedness is the beauty of this area.
Leaving Misty Creek lookout and wandering further down the mountain, the vegetation is still thick with heavily timbered hills with a scattering of tall tree ferns throughout. 12km down you will enter Chealundi Rest Area. National parks have gone to great lengths here to cater for most needs. There are several tent areas for those camping light, a section set aside for the day trippers and bushwalkers, then there is a pocket just away from the tents for those with camper trailers looking for some personal space. Information boards, a large fire box supplied weekly by National Park staff, pit toots and bbq plates have made this a well thought out, remote camping area.

There is an honesty pay system here, general fees apply for camping and those without an annual vehicle pass.
For those who intend to camp for several days or just over night there are several walks on formed walking trails, they include a 500 metre easy walk through to several hard core overnight trips dedicated to those who are experienced.
The most popular walk takes around 30 mins where you can take an easy stroll to see the Chealundi creek drop over the side into the valley below in several steps. Other walks include Lucifers Thumb Trail, Jordans Trail and Combalo Trail, something for everyone.
One thing we did notice that there was no bins, keeps the whole area clean and also this is to keep the animals away- nothing wrong with taking out what you bought in.
Our plan was for several nights here, explore the walks and totally unwind from every day life. An interesting fact from the National Park info boards is that there was a significant amount of gold found down in the valleys, when you see just how rugged this area is you find it hard to imagine just how tough life would have been down there.

According to the information boards, historic cattle yards, gold mine equipment and some old huts still exist deep down in the gorge.  The walks are a must do, well formed with fences around the steep drops, steps in place and well thought out- National Parks deserve a pat on the back.
Guy Fawkes River National Park is regarded as a “bio-diversity hotspot”,  with over 40 different vegetation communities, 28 threatened plant species, 24 threatened fauna species and significant areas of old-growth forest. The diversity of eucalypt species is especially rich, with over 50 species having been identified within the park.
Once you decide it is time to leave, wander back to the top of the range, 4wd is recommended as it is a steep climb out, nice to have control and observe the wildlife scattering around on the road in front of you.
Swinging left at the top we were soon heading further along the range still some 1250 metres above sea level. As you twist and wind your way along the ridge top and it is evident that you are still rising, the highest section is Chealundi Mountain where the altitude is an unbelievable 1377 meters above sea level, this is where the vegetation changes again as you drop down the northern side of the mountain. We noticed that we were leaving the cooler temperate areas into areas that are littered with huge granite boulders that seemed to be hiding amongst huge gums. Just when we thought the trip was over, some 7km down the road you will approach Sundew Lookout on the right. It is sign posted but you need to keep an eye-out. The view was the same as the previous days- awesome, unbelievable and fantastic.

Wow, so far this trip has had views, pristine pockets of rainforest, wilderness areas and with a minimal amount of kilometres it has been a win-win situation. Jumping back on the road we only lasted some 5 mins where yet another marked lookout was posted on the road. This time there was a twist- the lookout was to the west- magic sitting on a granite looking west-ward listening to the birds and the bush. Down the road keep an eye out for ‘hamburger rock!’ just maybe if you squint your eyes it may look similar but, nethertheless it is another photo stop. The road starts to meander downhill through thick growth timber forests, the soft tree ferns have disappeared and given way to grasstrees and a host of different cycad palms. It was evident that there was less road maintenance out this end of the trail as it was rough, small ruts and rocks were starting to appear. Nothing a little ground clearance or some good all terrain tyres would fix, be best just to slow down, lights on and enjoy the ride.
Unfortunately as we were getting closer to the 100km mark we realized our trip was nearly over. The good thing about this drive is that you really can’t go wrong as it is well sign posted, half decent roads and a great camping spot.
A last stop beside the Mann River for afternoon tea left us with several decisions. Do we turn around and do it again?, or grab an old copy of 4wd Action and explore The Old Glenn Innes Road ?. 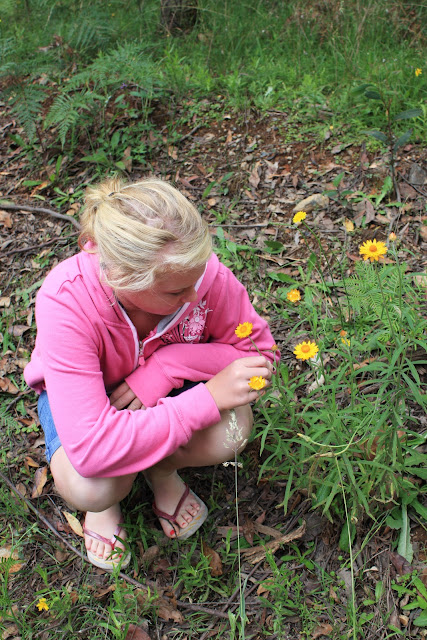 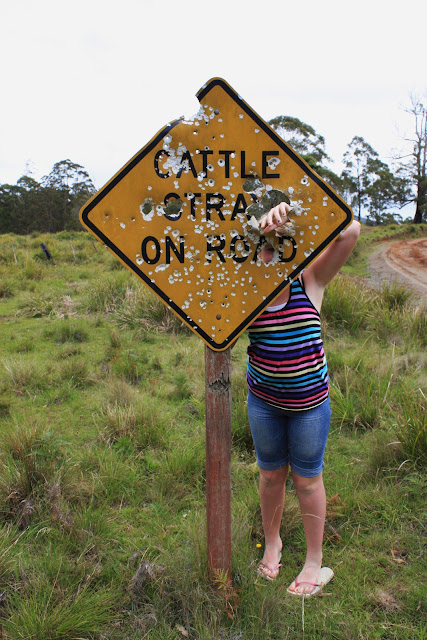 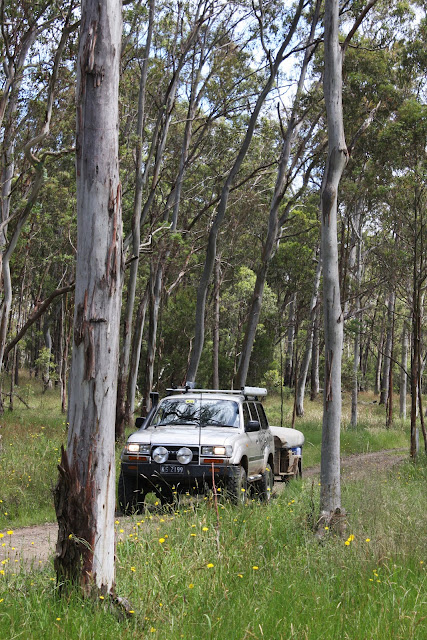 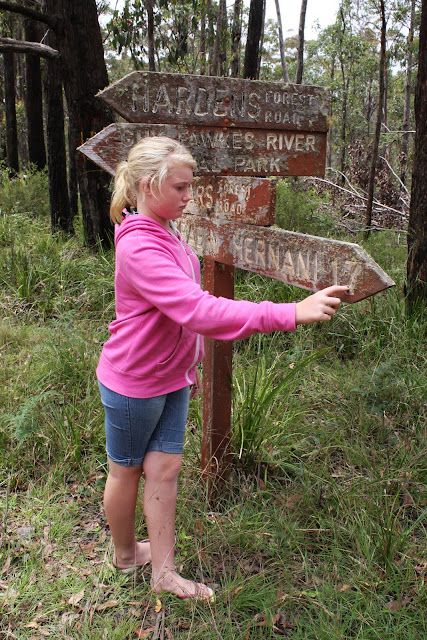 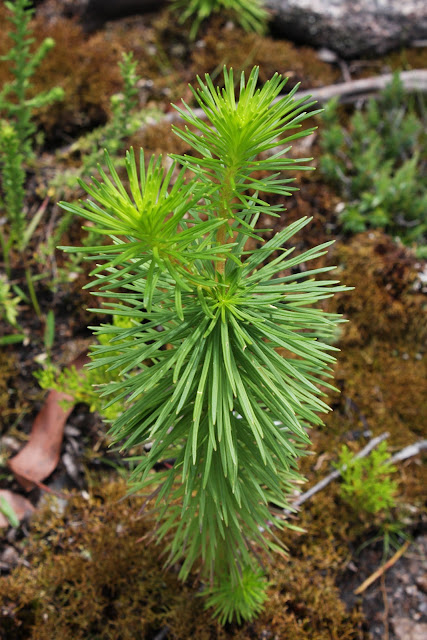 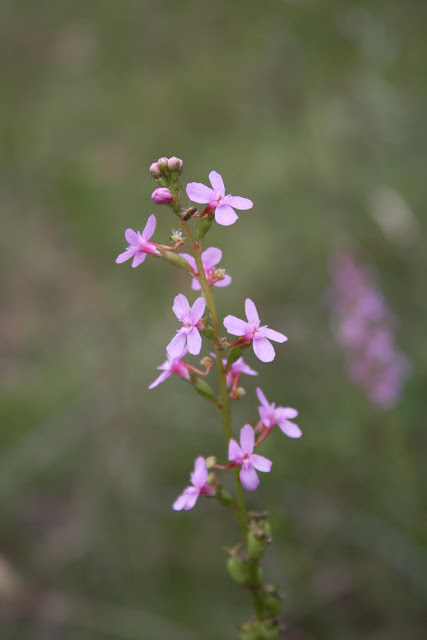 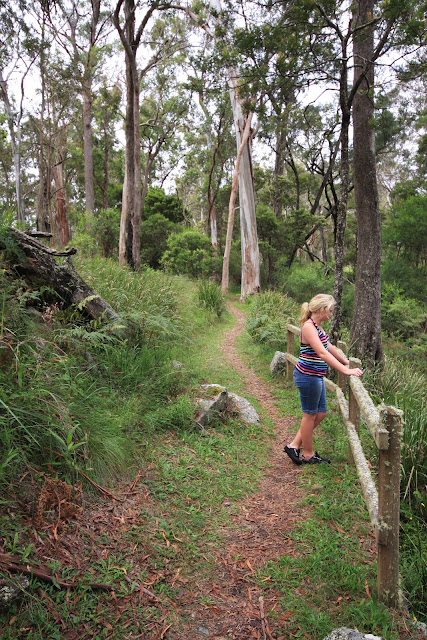 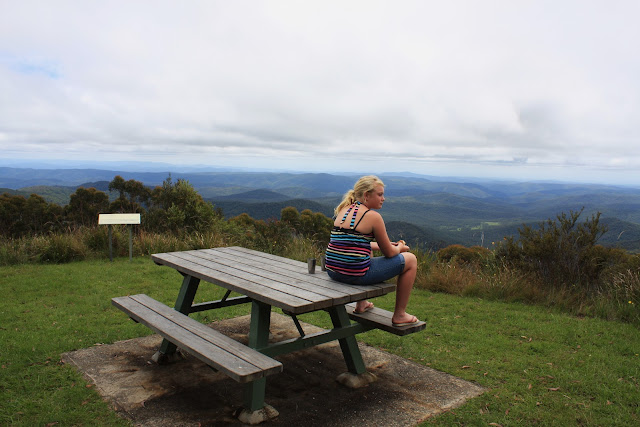 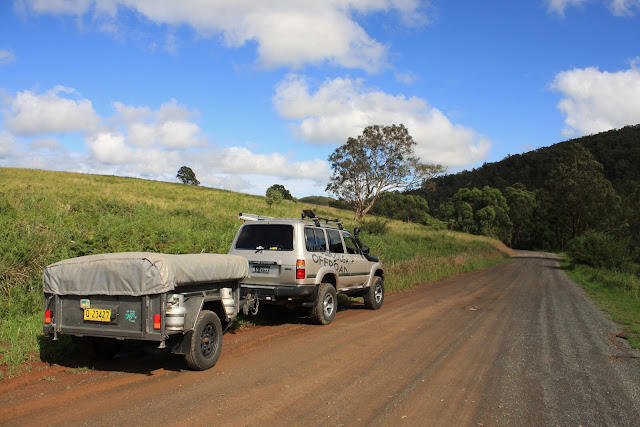 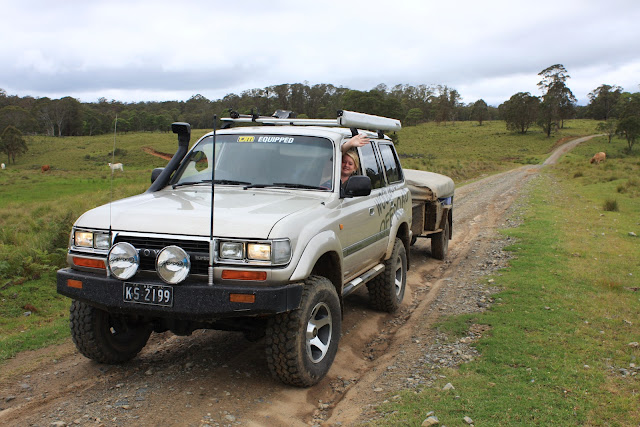 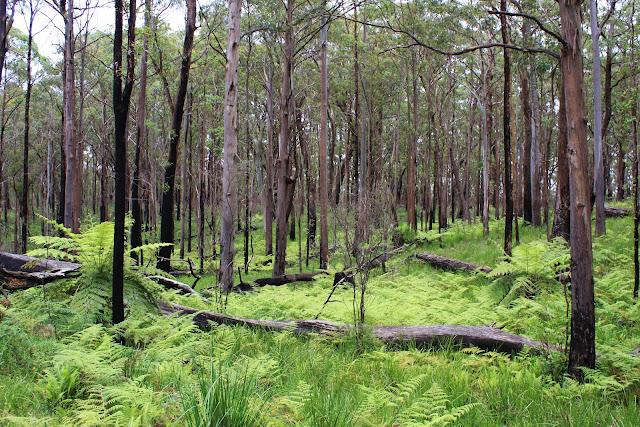 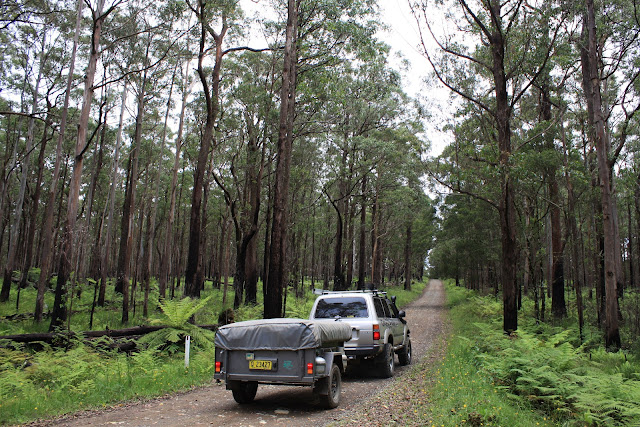 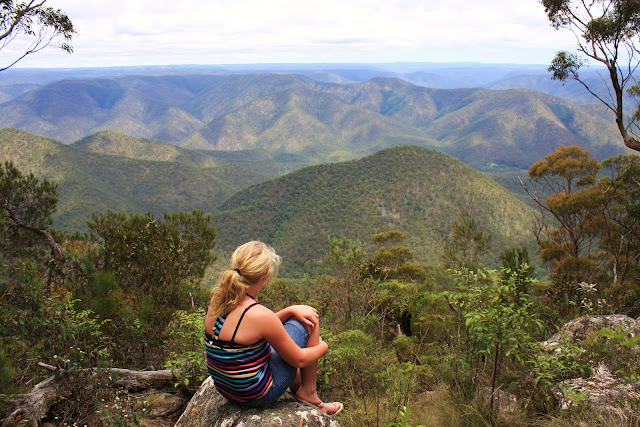