Cooma is often regarded as being at the centre of the world famous Snowy Hydro Scheme and the gateway to some of the best snow fields that Australia has to offer. But its actually jammed packed with history, so much to see and do with some great touring trails as well. 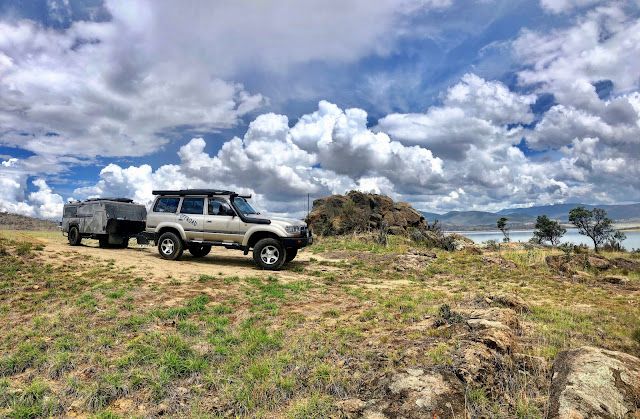 With a good 4 hour drive south of Sydney, Cooma is now a major regional centre and a great base to set off from to explore the surrounding area. The town means ‘big lake’ named by the local Aboriginal people and there’s definatly plenty of lakes around. 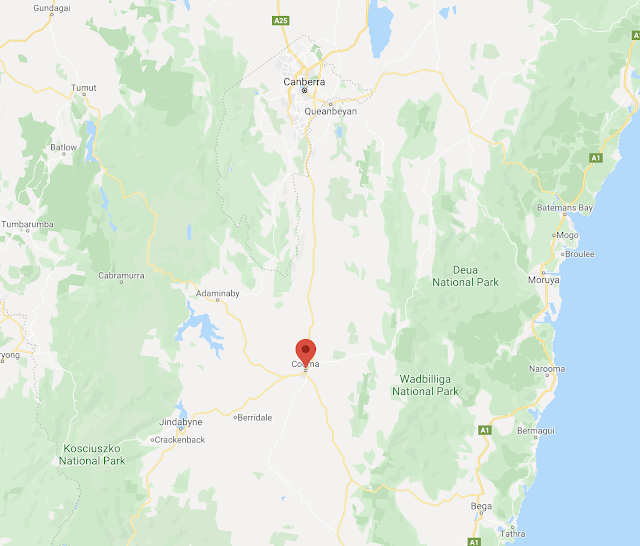 Explored in the early 1800’s it was soon realised that this area was full of open areas and excellent for grazing. Commonly known as Monaro country its unique to the area which has rich Basalt soil and is regarded as the coldest region in Australia. Roll onto the turn of the century and the area saw growth and by 1850 plenty of substantial building were erected, and the town grew with miners, prospectors and families when gold was found nearby. The town emerged so fast that by 1847 a local court was setup, and by 1870 the Cooma jail was opened. 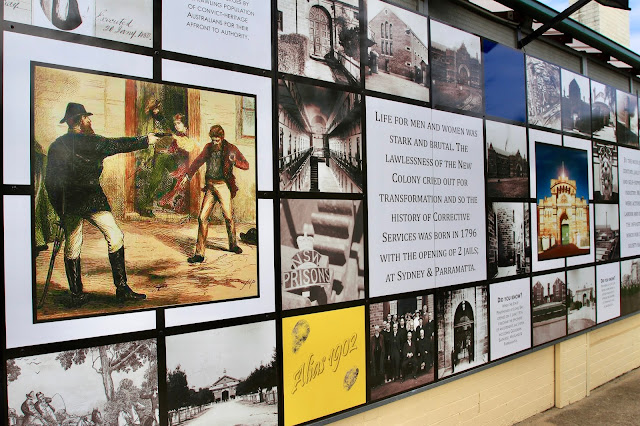 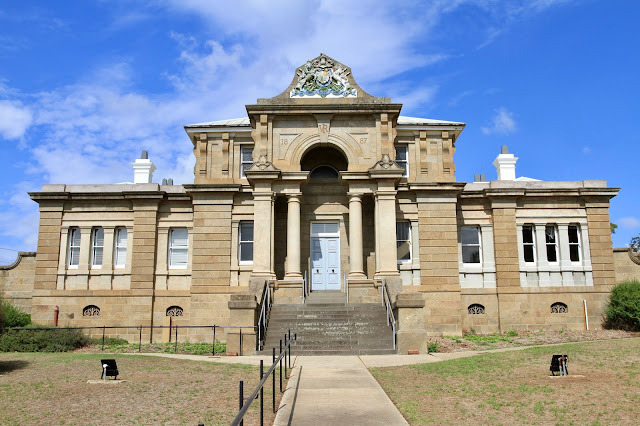 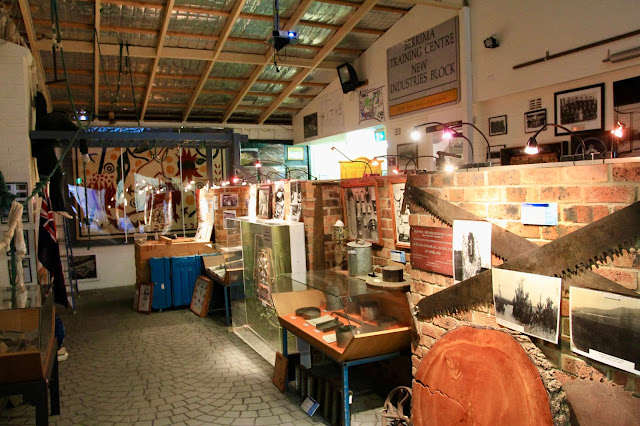 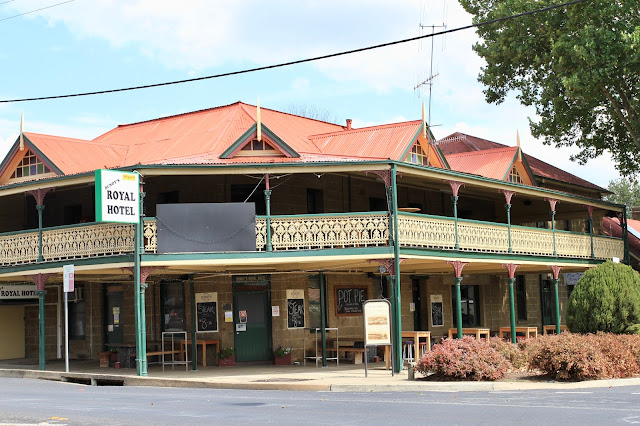 Like many regional towns the best place for a heads up is the local tourist info centre and the Cooma centre is no different, they now their stuff for the whole region. Around town there’s a 5km heritage walk past significant and historical buildings, several stunning park areas, memorials and lookout areas. One of the main draw cards is the Snowy Hydro Discovery centre just on the outskirts of town where you can spend hours understanding this amazing feat that was created from 1949 which Cooma became the hub for the scheme, there are interactive displays, 3D models and much more giving back to the pioneers who made this marvel work. Also in town is the Cooma jail museum centre that gives you an insight to what really goes on behind bars with rooms full of memorabilia from jails all around Australia, actual items smuggled to within the centres, history and so much more, its easy to spend hours here. The guides inside are inmates who are on their last stint for release and are happy to show you around giving some great inside information, explain escape attempts, answer questions about life on the inside and show you where other inmates hand make items to sell in their own shop for extra money. Cooma jail was built from the rock where it sits today and is a low to medium centre, this is a must do if you're in town. 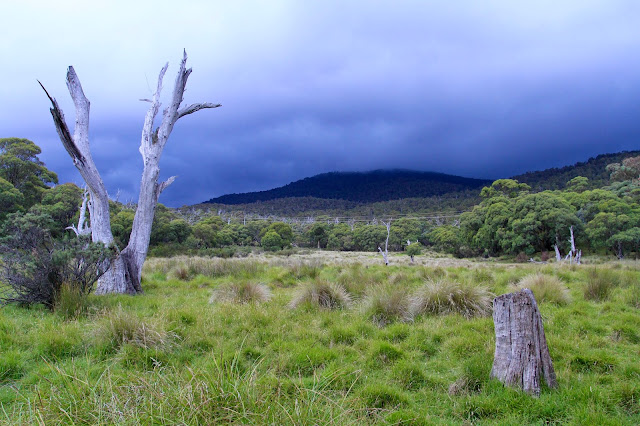 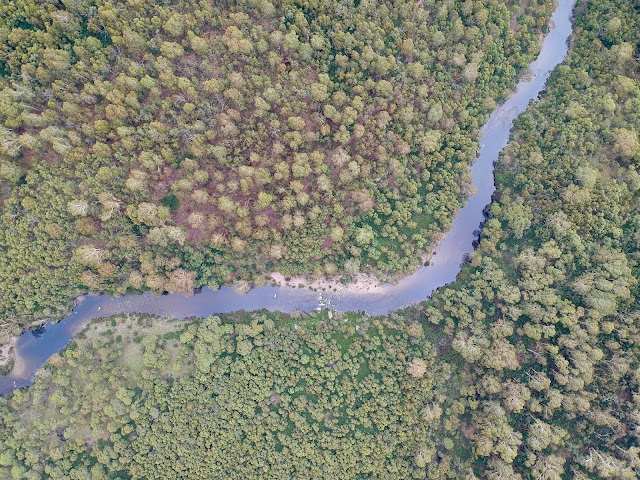 Now while you can get lost in the hub of Cooma with boutique coffee shops and local history, it's the outskirts where the real beauty lies through stunning landscape settings and great touring trails to the west. Being close to the Snowy Mountains one of the must do’s is to head out past Jindabyne to explore the stunning ranges in the Kosciuszko NP along the Alpine Way. 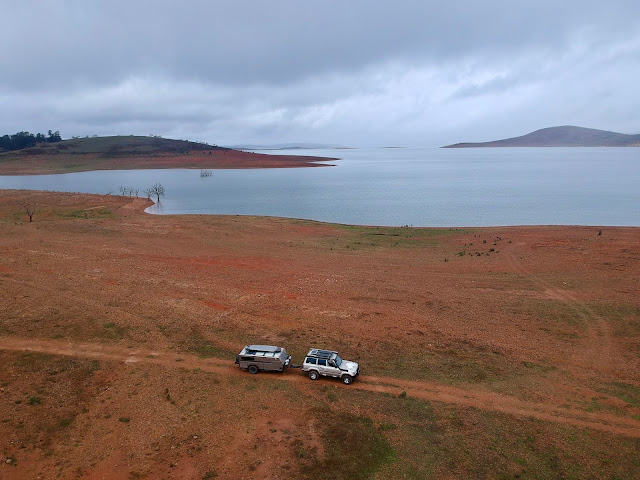 During winter this place is a haven for all types of winter actives but during summer the park is significantly different where you can brave the cool mountain rivers for a dip, walk to the top of Mount Kosciuszko, camp in designated bush camps and with your daily entry fee, it allows you to camp for 24 hours. Two areas are set aside just before Thredbo, The Diggings and Ngarigo are perfect to set up base camp for a few days to explore the area where they back onto the Thredbo River, plenty of scope to enjoy the walking and bike trails, be one with nature or just relax. Plenty of room for tents, swags or if your towing and the added bonus here are toilets and fires are allowed when there’s no ban on. For the series outdoorsy person its only a 10 minute drive up to Thredbo to hike up to the top of Australia highest and most specular mountain, Mount Kosciuszko. Its a full day taking the whole hike in, where you’ll have stunning views across the ranges, plenty of huge rock formations to view in awe and towards the top if the weather is right, Lake Cootapatamba can be seen which is the highest and freshest lake in Australia. Sitting in a bedrock of solid Granite this glacial lake freezes during winter and means ‘where the eagles swoop to drink’ by the local Aboriginals referring back to their dream time era. Aboriginals have used the mountain for nearly 20,000 years as a meeting place, tribes from the Riverina, Monaro Plains and coast used to gather here for ceremonies, lay spirits to rest and to feast on local delicacies. 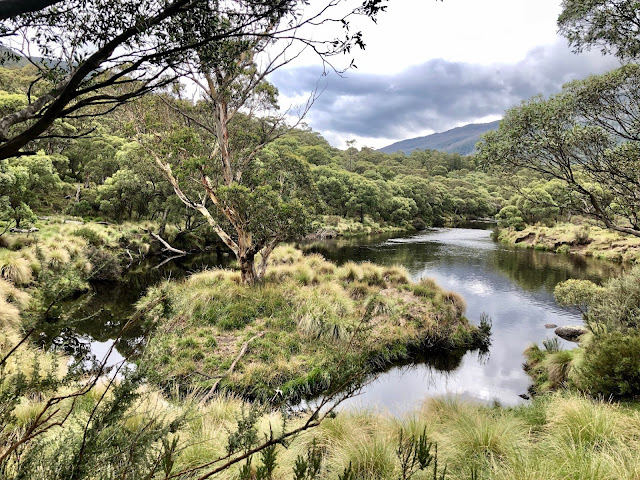 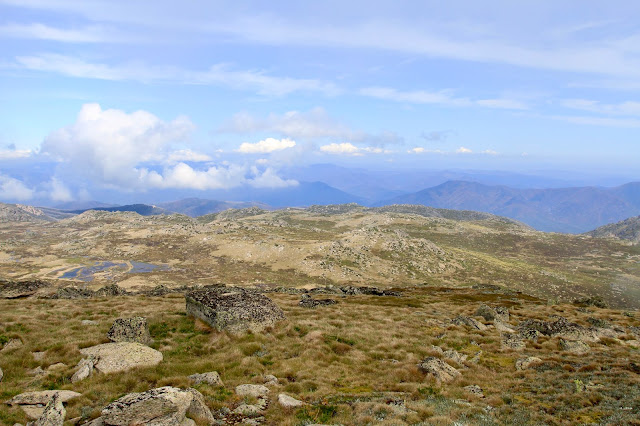 Leaving camp and heading back out of the park through Jindabyne head north up along the Eucumbene river where the tar soon turns too dirt. Out here there’s nothing too serious because these roads pass through working pastoral sheep and cattle stations. Cool mountain Alpine gums and grasses cover the landscape and where towering ranges like Strumbo and the Toolong range seem to follow you. The mountains along here tower over the paddocks shooting up to 2060 metres above the plains and crystal clear creeks run in between. 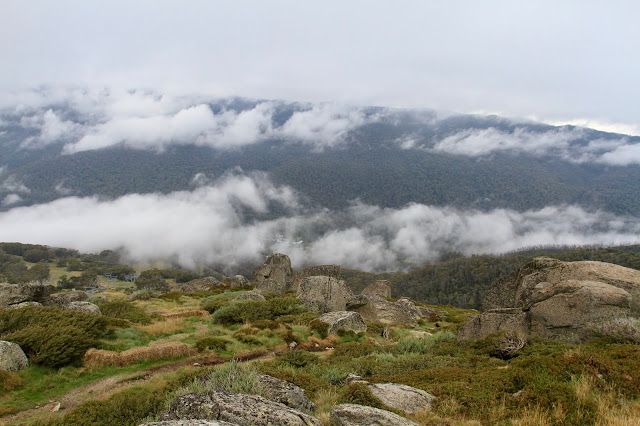 The road lead to Lake Eucumbene and towards the historical old Adaminaby cemetery where back in 1863 an acre of land was granted miles away from town to stop the spread of any diseases that the deceased may of had when they were laid to rest. These were harsh times in a bloody harsh area during winter, where many suffered with a host of complications from the cold especially children and for the elderly heart attacks were often mis-diagnosed for ingestion. The old Adaminaby town was flooded as part of the setup for the snowy river scheme and luckily even after 150 years when the lake fills to capacity the lowest grave is still 5 metres above the water line. Yens Bay road loops around the edge of the Lake towards the old and present Adaminaby. 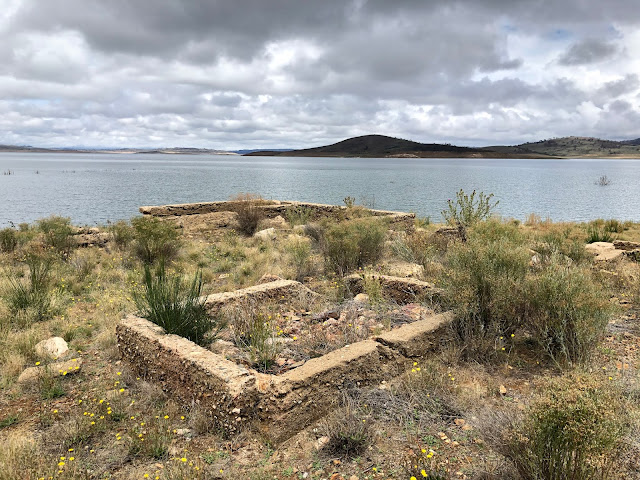 If you're lucky and the Lake is down around the 30% mark visible signs of the old town can still be seen today where there are plenty of building foundations, grand concrete steps, water tanks and pieces of pipe sticking out of the ground. 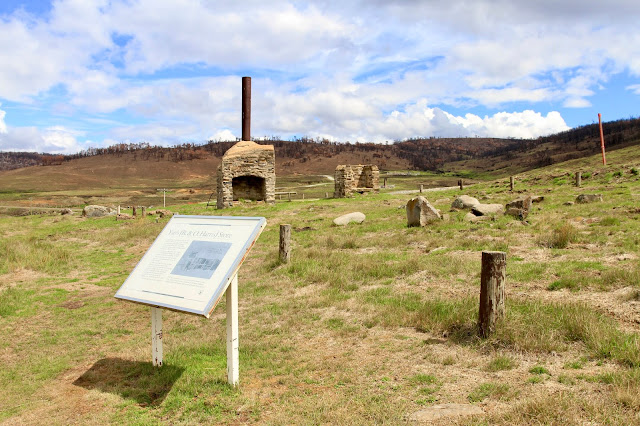 It was around 1837 when explorers Cosgrove and York claimed the area to run cattle and sheep but when gold was 20 years later a settlement was finally established and it became a convenient stopover for travellers between Cooma and the goldfields to the north. A butter factory, three pubs, several general stores, butcher shops and schools soon saw this town grow, Copper was also found nearby and the mill lasted up until 1913. But in 1956 the town was due to be flooded for the Snowy scheme so 102 buildings were moved to higher ground and several churches were meticulously dismantled and rebuilt. The Kosciuszko goldfields were discovered 40km NW off Adaminaby at Kiandra. Now a ghost town where only a few relics, chimneys and the cemetery still remain, this was a bustling town with nearly 10,000 people in the area. The rush was on to find gold, buildings were quickly erected and many of the miners endured harsh living conditions living in tents often only covered with Calico material. But it was short lived over only a few years and the population reduced drastically, yet during those two years they built a bank, installed a telephone service, shops and 2 courthouses ( one was for setting charges and the other was used for the lockup and police ) mostly made from locally sourced Granite in the area.. 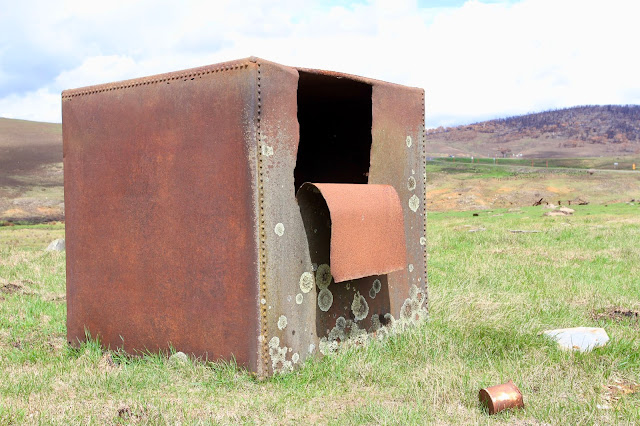 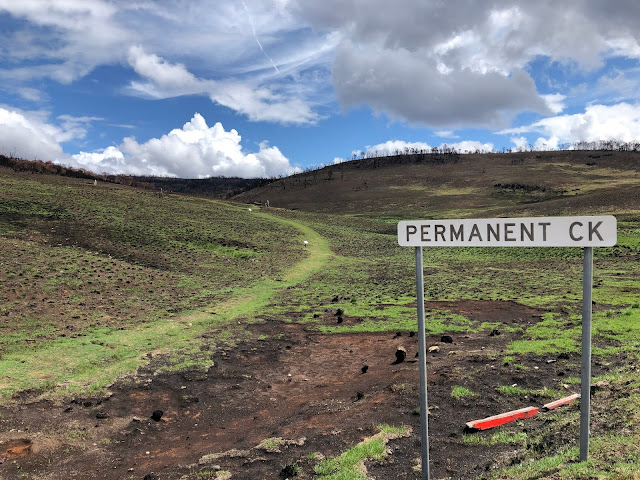 These days you can wander around the history trail reading the plaques, looking at what is left and gazing across the plains just trying to imagine how harsh it would have been back in the day. One story goes is that back in 1891 there were nearly 60 children attending the government funded school, which had cracks in the walls and only hessian covering the windows allowing snow and ice to be blown inside and to gather on the roof. More funding was sought for the school house so a water race was dug to the school for fresh water, but it undermined the foundations and soon became unusable. Or how the local store owner died after slipping in the shop and falling onto a knife that was poisoned. By 1900 most buildings had fallen into disrepair with only stonework and thick steel being left weathering away. Nearby at Chum Hill you can still see evidence of the mines, sluicing channels and dams dug by the Chinese plus old machinery. It was here in the river where a huge 9kg nugget was found. The gold fields here are often regarded as the highest in Australia at nearly 1410 metres above sea level. 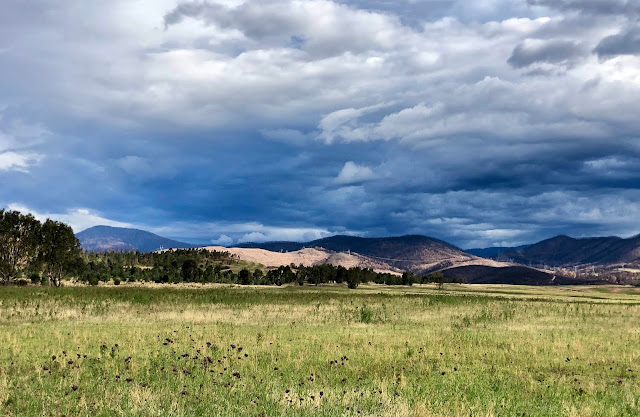 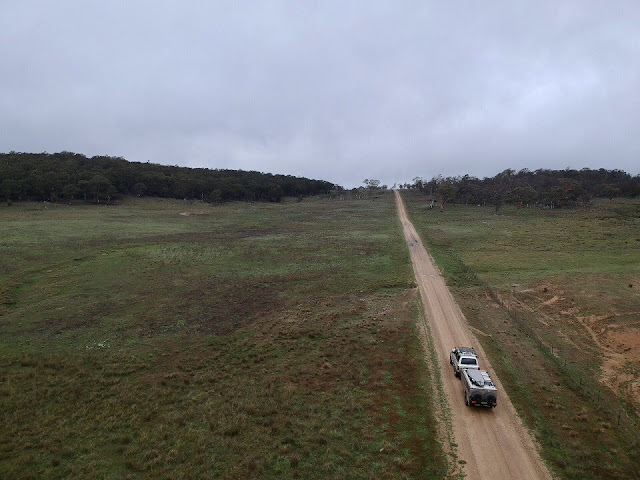 The Snowy region of NSW is jam packed of significant history and while it might not have adventurous offroad tracks, it should be on your list to explore during the warmer months.