Surprises come in all shapes and form and it's often when we least expect it one rears its ugly head. Theres so much to see and do touring Tassie and on a little side excursion looking for a caffeine hit one public holiday l ended up stumbling on an amazing piece of Australia history. Along the north coast of Tassie, about 2 hours west of Devonport is Stanley, an absolutely beautiful and stunning cottage town snugged right on the coast. It's like something out of the UK, in fact the towns origin goes way back with a stack of pleasant and unpleasant English history where our own history actually begin. 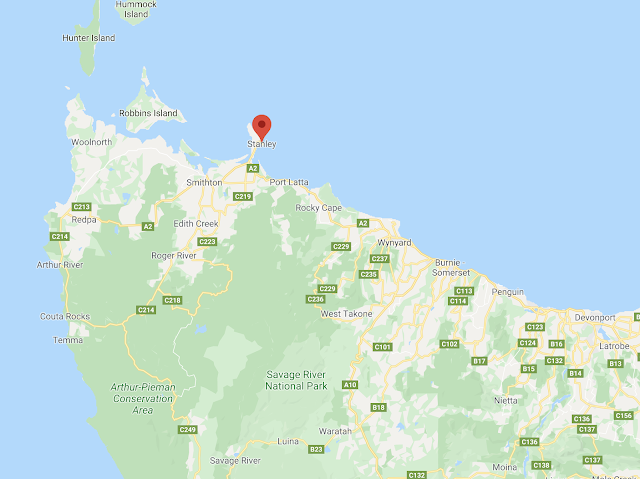 This is the original Van Diemens Land. Back in 1824 King George IV allowed Woolnorth ( company name ) to select 250,000 acres of land to begin a pastoral lease as there was a shortage of fine wool back in the UK. The new colony selected the land in the remote and then hospitable NW area of the state with the new settlement where Stanley is today. Over the next few years the new settlers explored the outer areas and soon began importing their fine Merino sheep across from the home-land, but in a disastrous blunder they never accounted for the atrocious conditions and they lost thousands in the cold winters and to the Tasmanian tiger ( before it became extinct ). 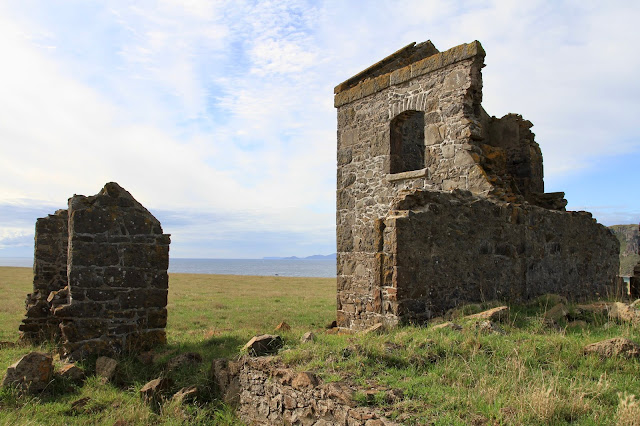 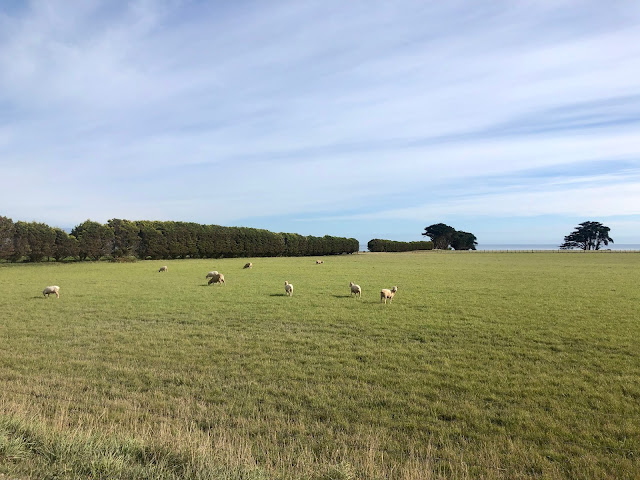 Take a step back before 1824 and it is said that Matthew Flinders was the first one to sight the Nut at Stanley around 1798. The Nut is a huge round lump of Basalt formed when the volcanoes were common around the island. Jump to 1825 and a settlement was being established at the base of the nut allowing protection from the trade winds with a safe and deep harbour. Convicts were now being sent to Tasmania as punishment and in them there was a host of good tradesman and farmers who were put to use with trades building this new colony.  One of the first projects was to build a base, something like a Government House to oversee the expansion of this new colony and to have control over Van Diemens land and the convicts were put to good use building Highfield House. It was more like slave labour where the convicts worked for nothing and if they escaped and were recaptured they were severely punished. They even made their barracks that house about 70 convicts and remarkably some of that structure still stands today. 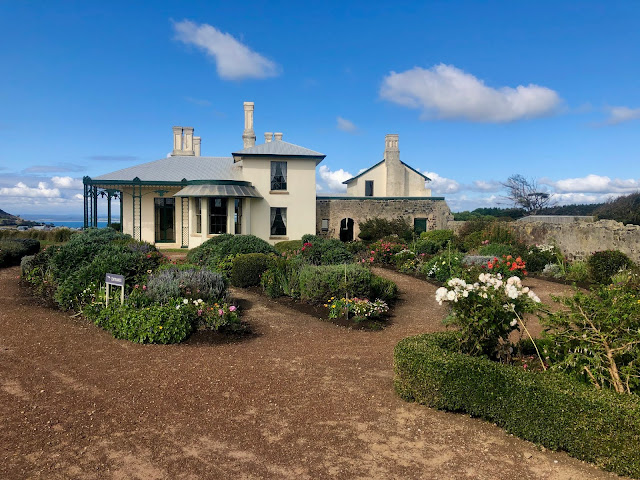 Highland House and its wonderful array of outer buildings have been beautifully restored both inside and out with period and some original fittings. For a small fee anyone can spend time around the grounds, inside the main grand house where there is a story in every room and in the outer buildings like the chapel with school room upstairs, pig slaughter house, the remarkable stables and even in the main barn which was one of the earliest buildings built. Each room has detailed info on what went on and just gives you a little insight on personal life. Just remember that these stone and timber buildings were built around the 1830’s, so just imagine starting from scratch, every nail was hand made, every piece of timber hand cut and the land cleared by hand. 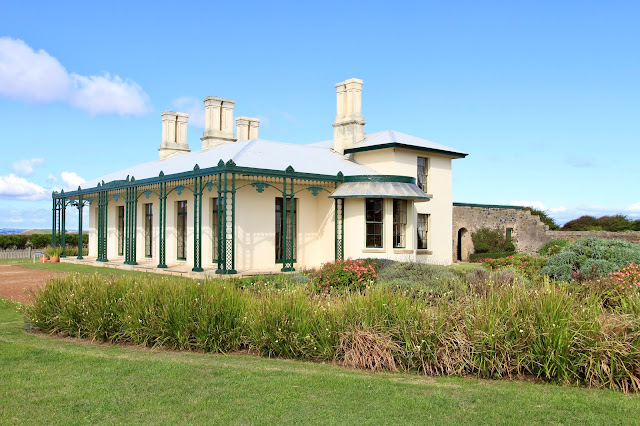 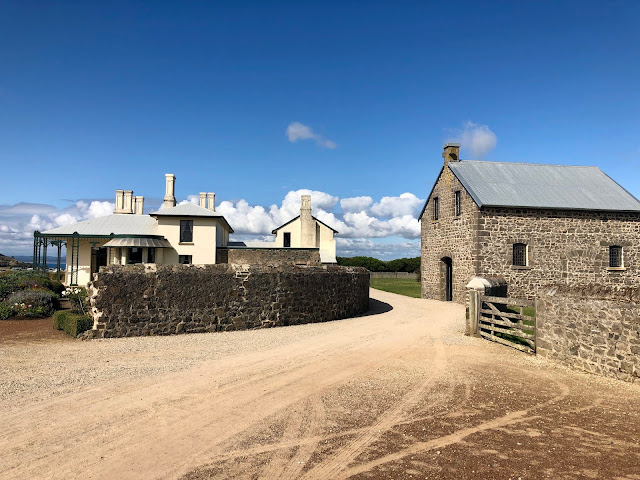 They were tough times where the walls are thicker than a mans leg to combat the winds and the chill, they were instructed to make 12 rooms with ceilings nearly 4 metres high - a huge ask when you start and have nothing. Highland House overlooks the town on the western edge just 6km away. 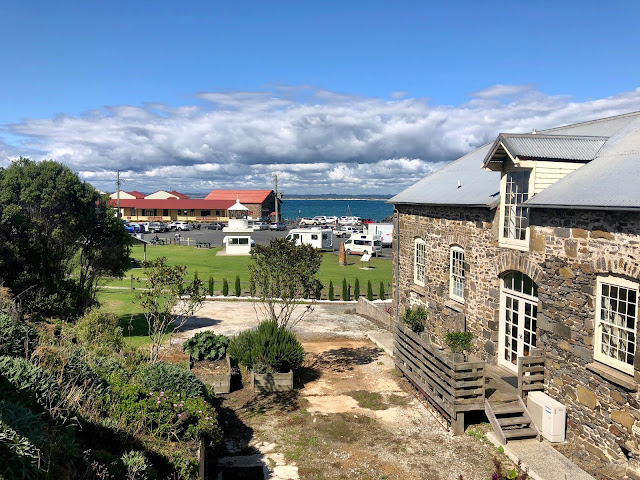 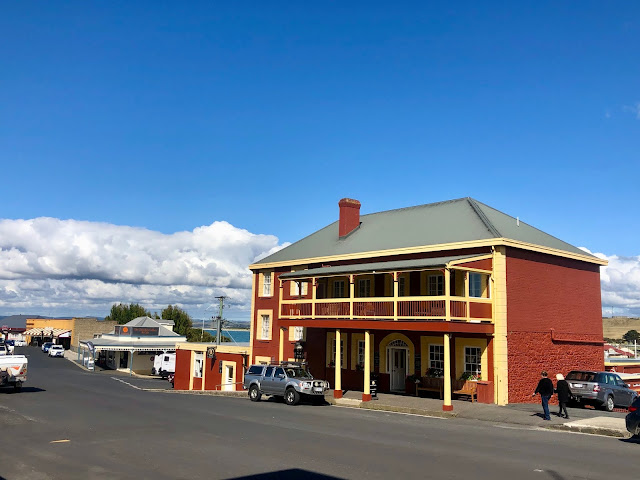 Another piece of amazing Aussie history began here too as back in 1919 Arthur Long was the first person to fly across Bass Strait from here at Stanley to Torquay in Victoria. His bi-plane was a little 90 hp RAF with a V8 engine and had a cruising speed of 137 kph taking just over 10 hours. When he landed he joking remarked that ‘he could never see a daily air service between Hobart and Melbourne’. 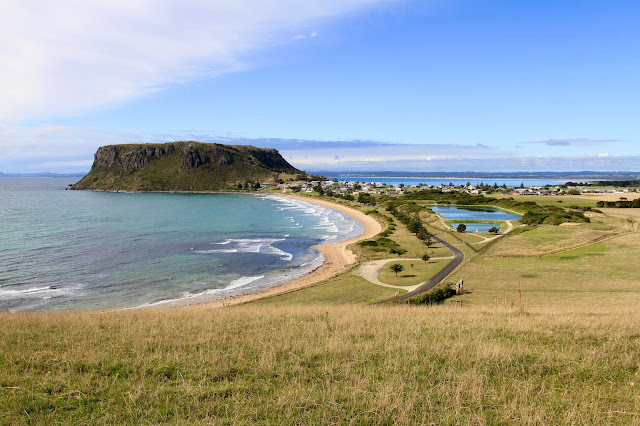 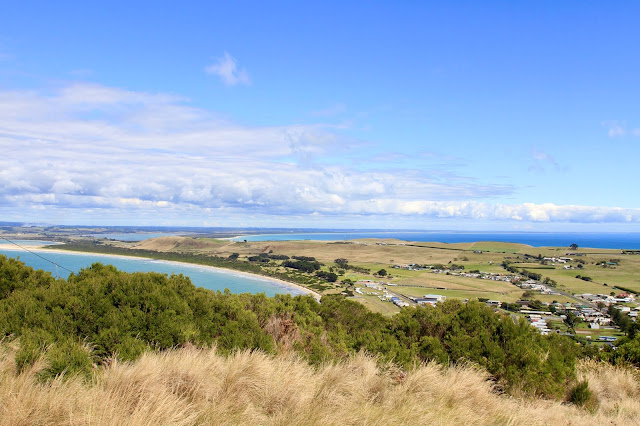 Stanley was originally called Circular Head but the name changed in 1842 after a Lord Stanley. Today the town is lined with stunnily beautiful restored cottages, but they weren’t always like this as most of them also date back to the mid 1800’s. There were bond stores, a bacon factory, general stores, captain cottages and of course churches. Today it's like a step back in time where these period cottages and shops line the streets, and in some cases only feet from the street. The town now loves the tourist trade where organic food galleries and cafes serve the most heart warming dishes, boutique hand made gift shops display amazing craft and restaurants serve up freshly caught sea food caught daily from here. Around town there is a heritage walk from the bay along the town strip down to the historical cemetery where early Tasmanian explores have been laid to rest dating back to 1850. In fact Hollywood thought the town was so perfect, they came here and shot parts of a movie called “The light between oceans” back in 2014. 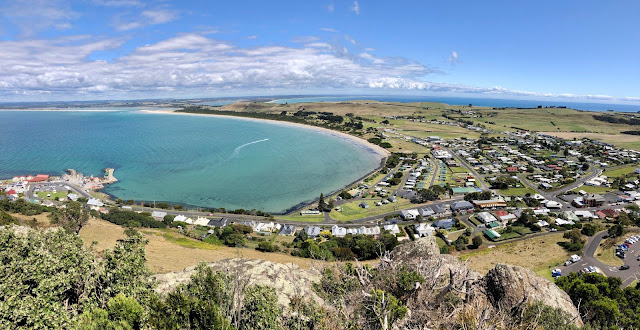 The Nut is the most prominent feature in town where people come from far and wide to experience the exhilarating views from the top. Dont be fooled by its calming appearance as the first 500 metres is a heart busting slow walk up the top level. These days if you're not super keen to walk the slope - a chair lift has been installed to help out. Around the top an amazing 2km circular walk gives jaw dropping views in every direction. Lookout points and chairs allow you to take time out and soak up the area, or catch your breath, while taking on the walk. The Nut wasn’t always full of tall grasses as it was once the home to a forest of trees but were cut down for grazing land. Today the top is being regenerated with native trees and is home the migratory Mutton Bird. 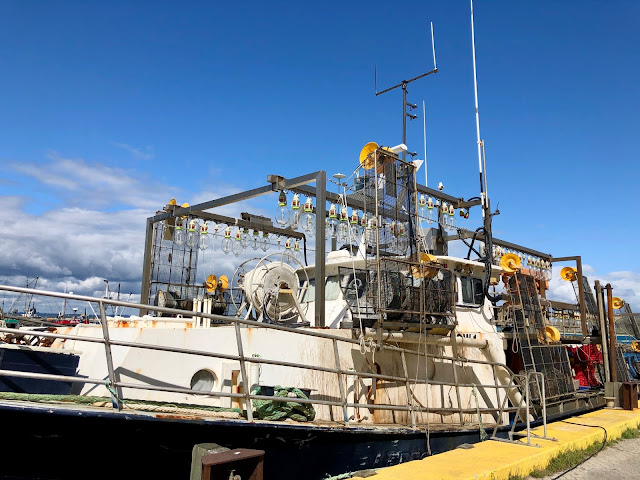 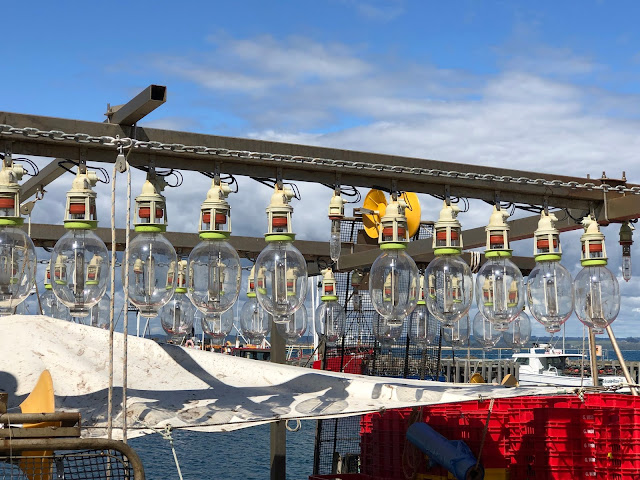 This area should be on everyone’s list when they come to Tassie, it's like a step back in time and being part of our early settler history its one place that demands respect. Its like the perfect town, everything has a place, the locals are beautiful and friendly with rubbish free streets and an amazing backdrop. On the good days you’d swear this was on the north coast of NSW with forever views, turquoise water in the bay and green pastures that go to the hinterland, and the bad days the wind rips through you like a knife. Just spare a though for the convicts and early settlers that called this place home 200 years ago. 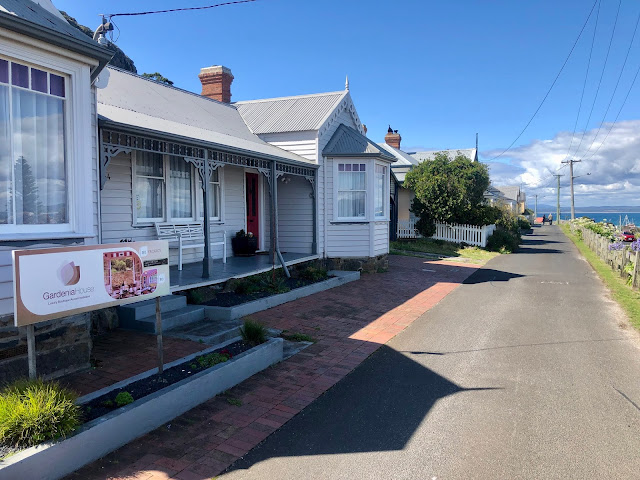 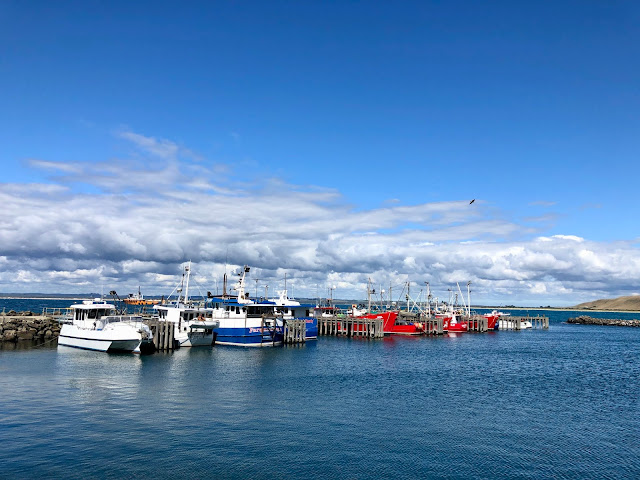 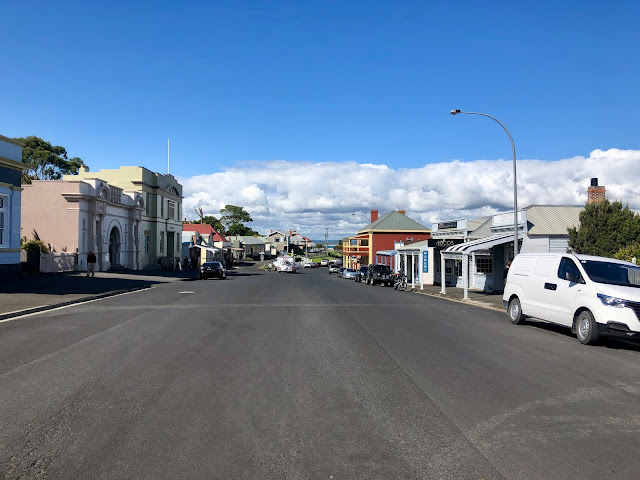