Ever heard of Nimmitabel ????….. well its about 75 km west of Bega on the Snowy Mountain Highway and this cool little town has a stack of history associated to it. Its actually on the southern end of the great dividing range and plays a significant part to where water flows after rain, the aboriginal meaning is ‘ the place where many waters part’. When it rains here, the water to the south flows into the Snowy River but if it falls on the Northern side of town it will eventually flow into the Murrumbidgee system. 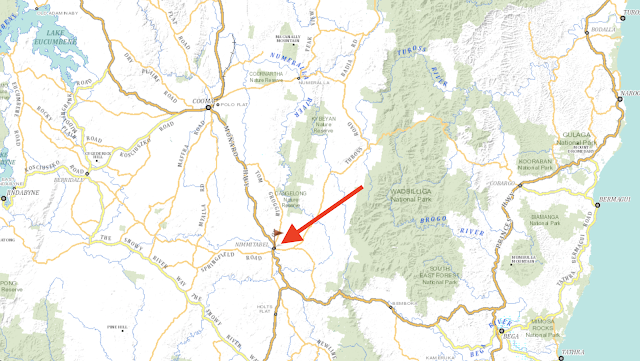 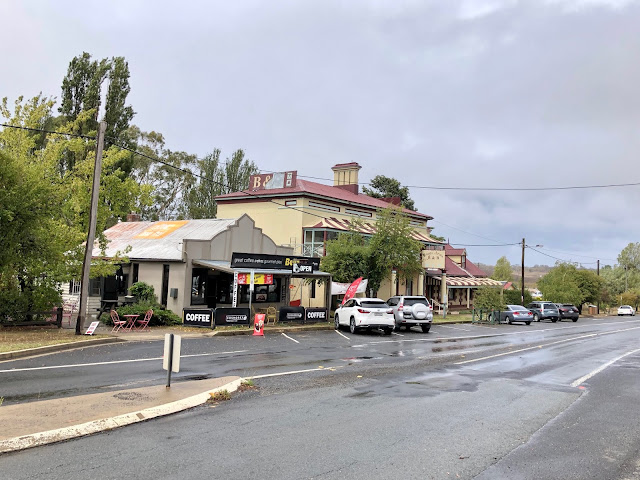 From 1837 to 1858 Nimmitabel had 12 spelling changes to its name due to different pronunciation and spelling. Grazing has long been the main source of industry here in Monaro country and still is one of the premium wool growing areas in Australia.  But timber was also sourced from the area as early as 1850 when they used saw pits to cut the timber to lengths with the old cross cut saws. Today you can wander around town on the heritage trail and explore the old buildings and the local history. The old police station, court house, two cells and three horse stables can be seen just behind the new cop shop, there’s the  Geldmacher house built in 1863, the towns well - dug in 1900 with a windlass and bucket are just outside town as well as the pioneers cemetery where the first Greek migrant who came to Australia was buried here back in 1874. 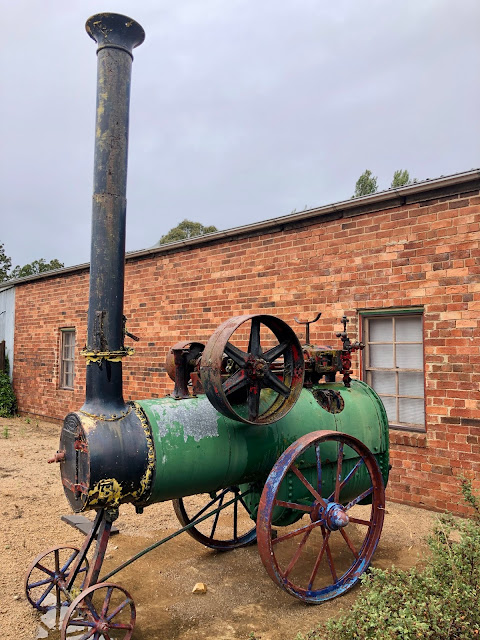 Just off the Main Street is an old mill tower which was built by John Geldmacher back in 1865 and took him nearly 7 years to build by himself. Originally the intent was to have it wind driven but he was told the noise of the blades would upset the horses in the street and he built it too close to the road. So off came the timber wings and he converted it to de driven by horses. The mill only lasted until 1885 after a short stint as a stream driven timber mill, but since been restored so the public can view it inside and out safely. The tower itself is made from Basalt like many other old structures around town and the roof made from hardwood shingles. 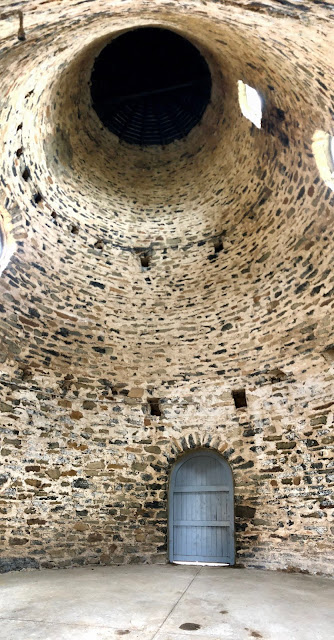 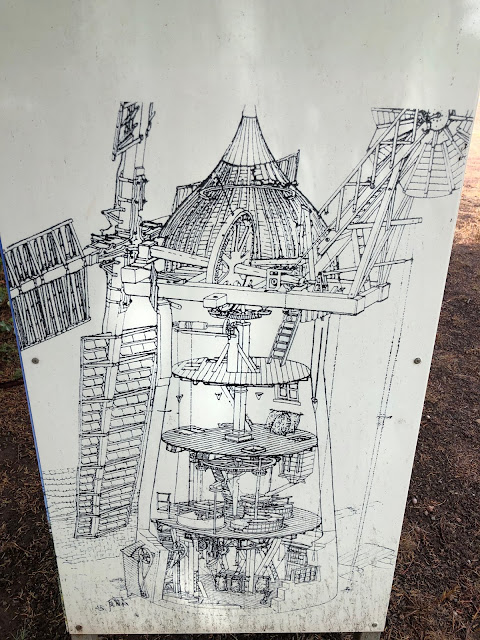 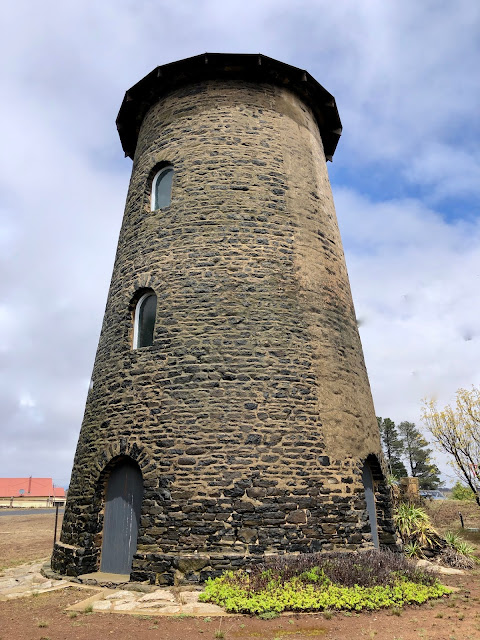 Around town theres also the huge old Federation Hotel, antique shed, lolly shop 3 coffee shops and a couple of little boutique gift shops. Oh and there’s Lake Williams that you can walk around and understand a little about the eco system here on the plains, have a look out for several churches dating back to the mid 1850’s, one of them ( St Peters Anglican was made from black Basalt and has a gothic look to it ), plus the magnificent guest houses that were pubs back in the day ( 3 in total ) one is the Royal Arms Guest house built in 1850 - and if you can locate the archway that’s where the stage coaches used to be parked between two buildings. And for the film buffs - the movie Sundowners was made here back in 1959. Nimmitabel is well worth the stop over for a couple hours if you're in the area. 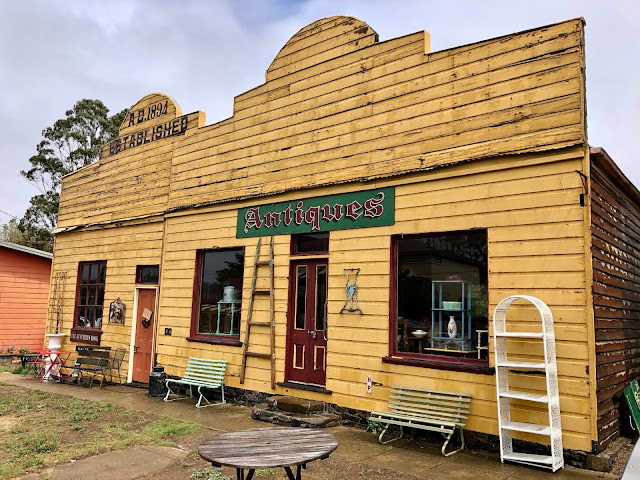 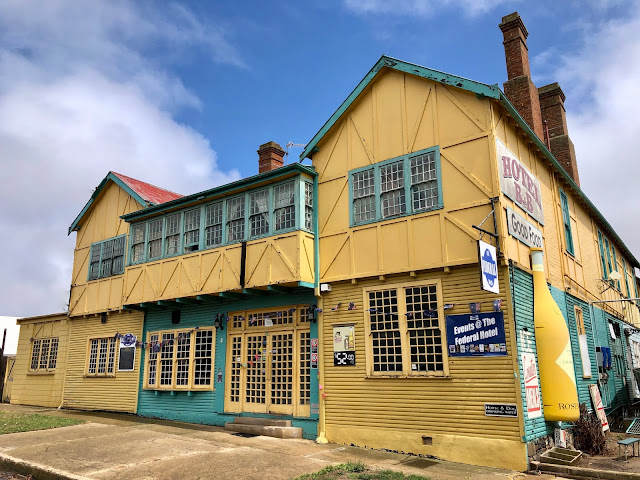 Email ThisBlogThis!Share to TwitterShare to FacebookShare to Pinterest
Labels: NIMMITABEL