Back during WW11 Australia was in the grips of being invaded from the north after Darwin was bombed. Strategies were put in place all the way down our eastern seaboard, inland through the New England area where tank traps were put in place from Tenterfield down to Ebor. Coffs Harbour was in fact played a very important role in the defence of our country. Between the years of 1942 and 1944 a communication station was set up right in our back yard. Aptly named Signal Hill several large underground concrete bunkers were constructed and filled with radio devices. On the top of the hill you can still find where the radio masts were bolted to the concrete and parts of the towers still lay in the long grass. 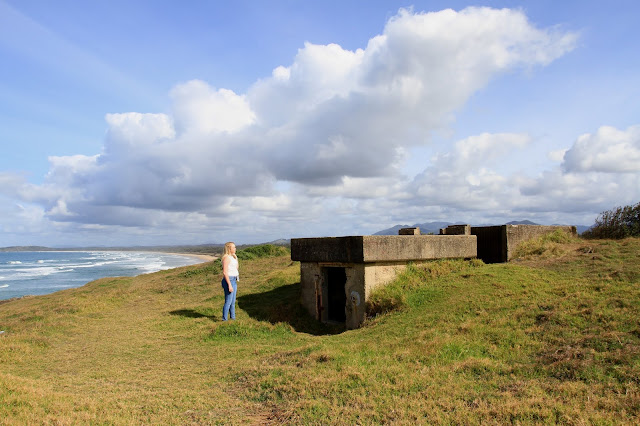 After the war finished for many years these long empty derelict concrete tubes were home to those less fortunate and local graffiti artists. Now days they are home to Coffs Harbour Bunker Gallery but you can still see old photos on how they looked ands what they contained. It’s pretty amazing seeing the original photos where massive banks of radio receivers, transmitters and early day computers that went from the floor to the ceiling. Further around town several other ‘bunkers’ were constructed. One down near the racecourse below the road. Another significant one was found in the earth when Hurley Estate was being constructed. Unfortunately it had to be destroyed as it was in very poor condition but reports say it was used as a transmitting bunker. 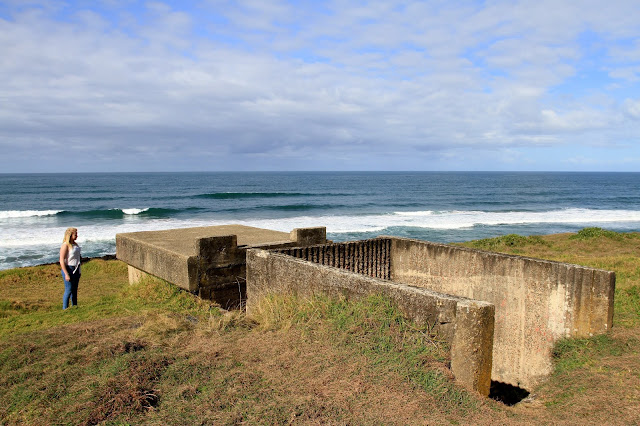 Another relic we have to remind us of our war effort is the gun bunker located just below the old fishing club. The correct information is a bit hard to nail, but, some have said that guns were stored here and others report it was more of an observation post manned by cadets looking out for enemy ships or subs passing by. They must of missed a few as one did sneak in to Sydney Harbour and one landed further south at Crowdy Head looking for supplies. Other rumours say when it was a manned gun post - soldiers got bored and fired shells out towards Pig Island for a bit of fun

It’s another example of our local history not being preserved as it should be, there’s no reason why these bunkers can’t be restored and have plaques stated what they are and commemorating those who served their time here on the coast. At the moment these historical features are filled with graffiti, broken bottles and filled with rubbish.
on December 30, 2019