Awaking to a glorious winter sunrise we decided to hit the Pilliga hot bore bath before breakfast and departing camp, seeing the steam rise off the water was a morning spectacle. Leaving camp we only had several hundred metres before our turn onto The Cypress Way. Straight away we were onto the iconic red dirt of the west. While the road wasn't overly rough it did cause a few problems behind with dust, this is another reason to travel the outback with your lights on. Wandering along into the Pilliga Forest farmlands soon gave way to a complex mosaic of Eucalypt and Cypress pine forests to more open woodlands. Heading down Cypress Way our turn was located at the locality of Kenebri, some 45km from our camp, and if it wasn't for our guide we picked up ( and defiantly well needed ) we would of surly of missed the turn. There are some 2700km of tracks that criss cross the Pilliga Forest, and with limited signage within the park a guide is essential. Our first stop was the Pilliga Salt Caves, located some 50km with in the park. Our first reaction as we traversed the forest was that you could be any where in the world, as the tracks were fairly corrugated, the creeks- although dry - had deep entry and exit points, yet there was a lack of traffic- none in fact.

Arriving at the Salt Caves we were pleasantly surprised with a basic camp ground that had free bbqs, shelters and a drop toilet. According to legend the Salt Caves were once thirty metres deep, and salt hung in columns like stalactites from the roof. Wild horses, wild cattle and kangaroos were often seen and local women collected the salt to cure their meat,over time the caves have collapsed in, but it is still possible to explore sections of the caves with care. Leaving here we had a 30km drive south towards the Dandry Gorge Aboriginal Area where we able to explore the latest attraction - Sculptures in the Scrub. Here a medium grade walk for just over 1km leads you past 4 sculptures overlooking the Dandry Gorge below. Each sculpture has a story attached and all have a meaning for the local Gamilaroi people. Allow 2 hours to explore the sculptures and even if you have time, check out the Dandry Gorge walk. Camping is available here with basic facilities, but be warned this is the home of the alleged Yowie !!! The Pilliga forest is also well known for its Bird Routes, as there has been an estimated 340 species of birds that have been spotted in the area. Other highlights in the park include several Sandstone Caves with Aboriginal rock carvings, old homesteads, yards and grave sites.
We decided to head out away from the Pilliga and spend several days exploring the nearby Wurrumbungles. Heading westward from the forest towards the town of Baradine was as simple as following the guide book again as several of the turns had been modified during recent roadworks. Baradine boasts a population of around 1000, but will greet you with a friendly smile and serve you with basic food and fuel services.
Leaving Baradine we headed towards the Wurrumbungles in the distance via Gulargambone Road, an 38km loop road that runs to the west of the ranges before adjoining the Wurrumbungle National Park. The Gulargambone road combines both sealed and unsealed surfaces through country properties across several plains.
After the formalities with camping fee payments, we decided that the ideal base for several days would be the Camp Blackman camping area. Located deep within the park, Camp Blackman is great for all, with clean hot showers, rubbish bins, clean camp sites ( although we found that the new bollards were a pain when setting up camper trailers ), several free bbqs and plenty of areas for the kids to play. Surrounding the campsite are several significant mountain peaks that have almost a magical effect at sunrise and sunset allowing for those keen photographers to capture. It was great to see local animal life that included kangaroos, emus and an array of birds wandering around the camp site throughout the day.
With several kids in tow we decided to explore some of the easier walks that included White Gum Lookout which is located on the road out to Coonabarabran and nearby Burbie Gorge, for some reason the kids wanted to avoid the 1000 step walk !!. No matter which way you turn the views of these magnificent rocky outcrops were stunning. The rocky spires and domes that are visible throughout the park are all that are left of a large shield volcano that was active some 13 million years ago.
A must do on the list is to visit the nearby Siding Spring Observatory, that was visible from our camp site. The drive to the
Observatory rises to well over 1000 metres above sea level allowing you uninterrupted views across a majority of the Wurrumbungle Peaks that include The Breadknife, Febor & Macha Tor and more. The Observatory site is home to some 13 telescopes including the largest optical telescope in Australia which is an impressive 3.9 metres. Siding Springs Observatory is an ideal place for stargazing with its high altitude, low humidity, a non-turbulent atmosphere for viewing clarity, clean air and an average of 70% clear night skies, the kids and most adults will love this place and if timed right there are several tours into the Observatory allowing an amazing insight into the outer space.

This was our last port of call before heading back to the coast and dreading that work factor, but getting this insight to our mid west it wont be our last visit here. So close yet it can feel so far away at times. 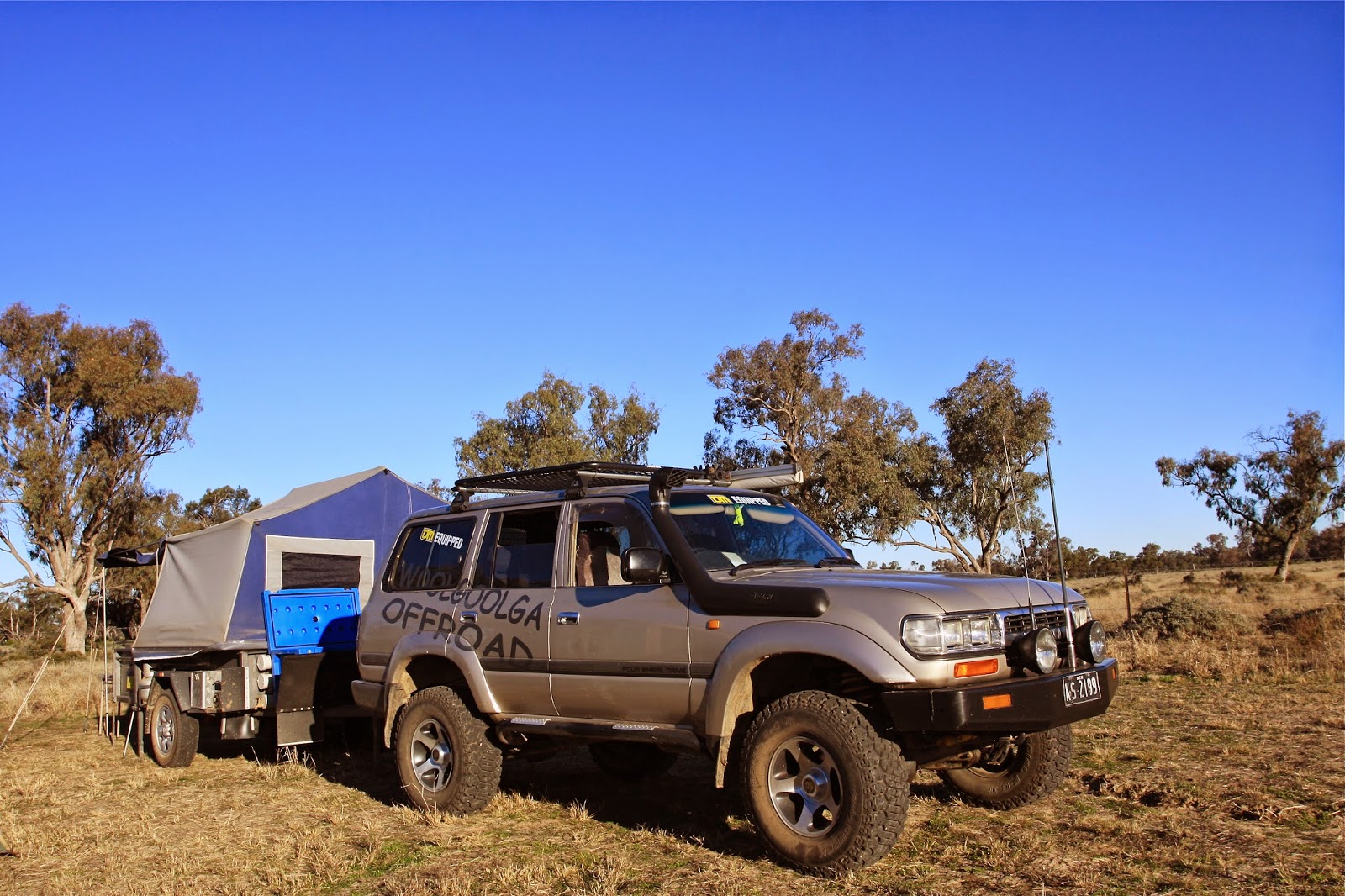 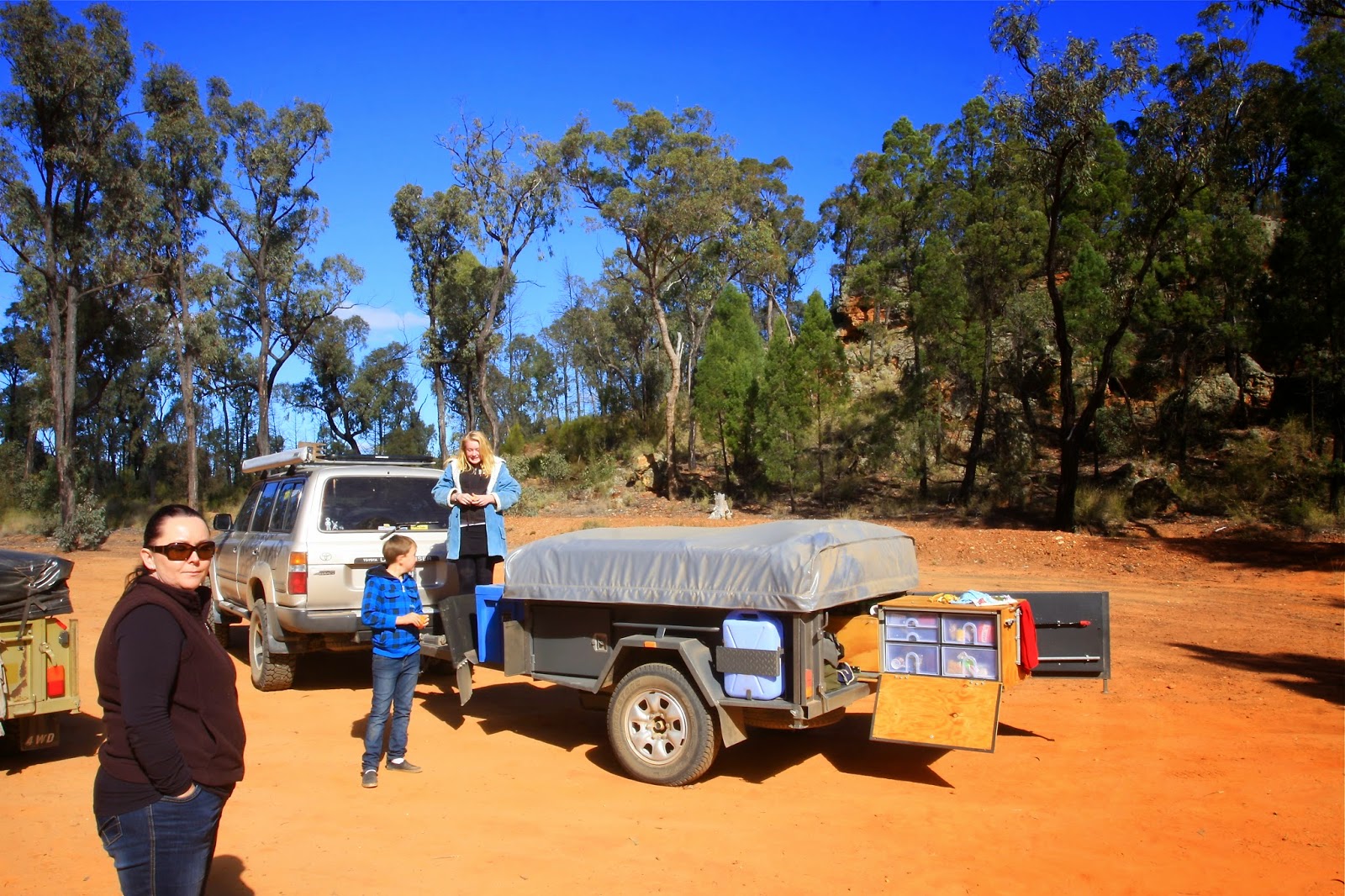 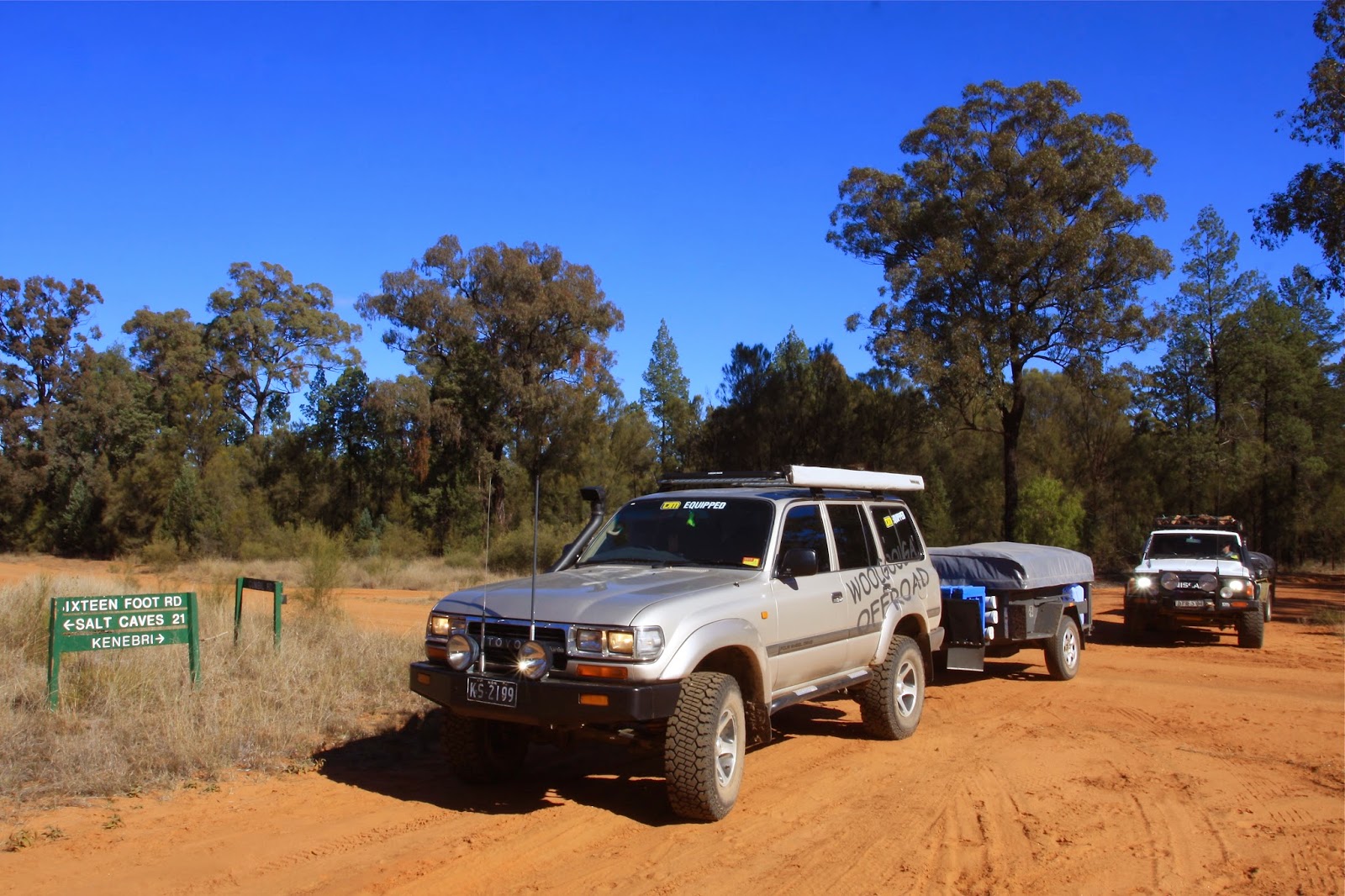 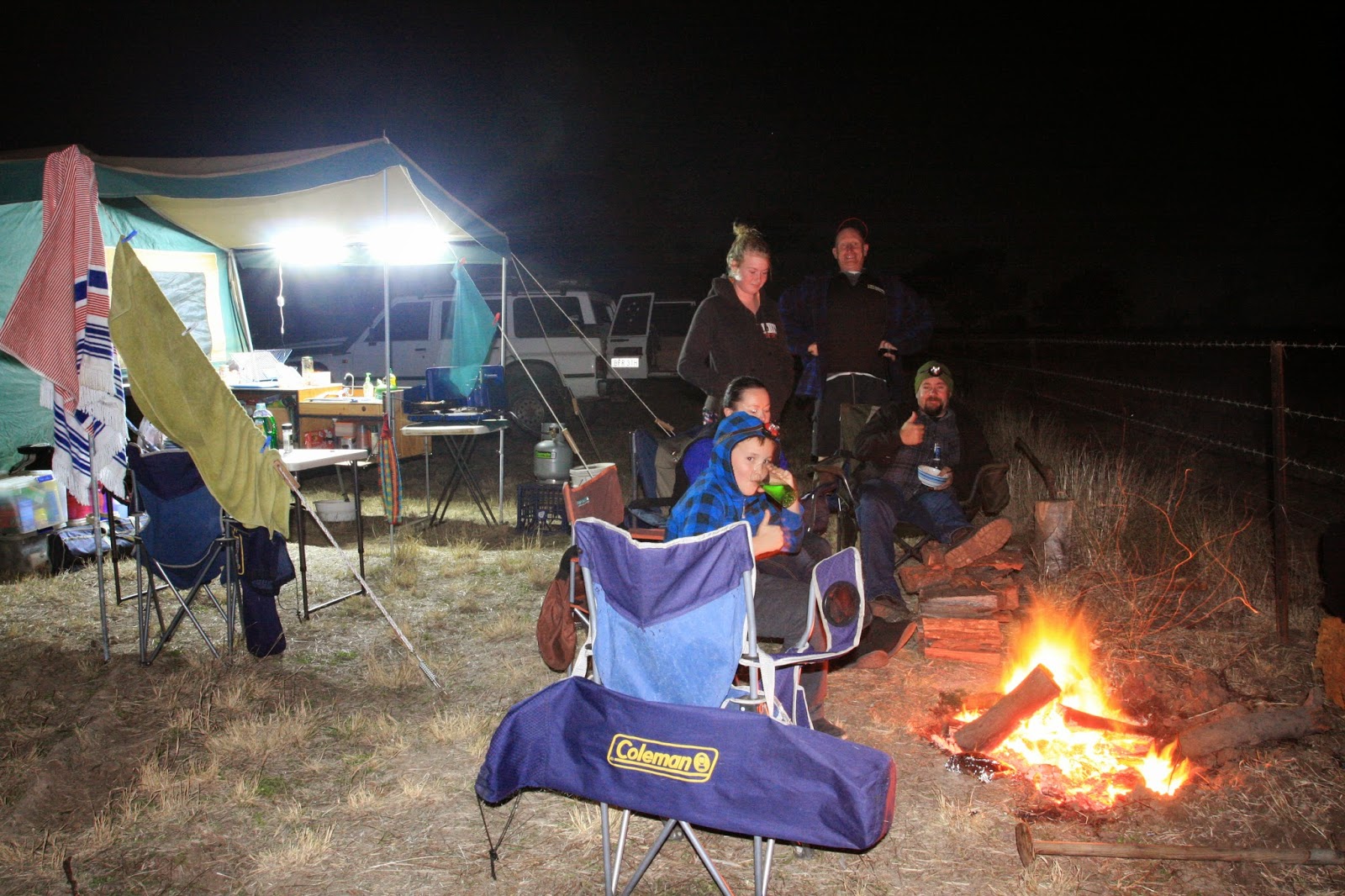 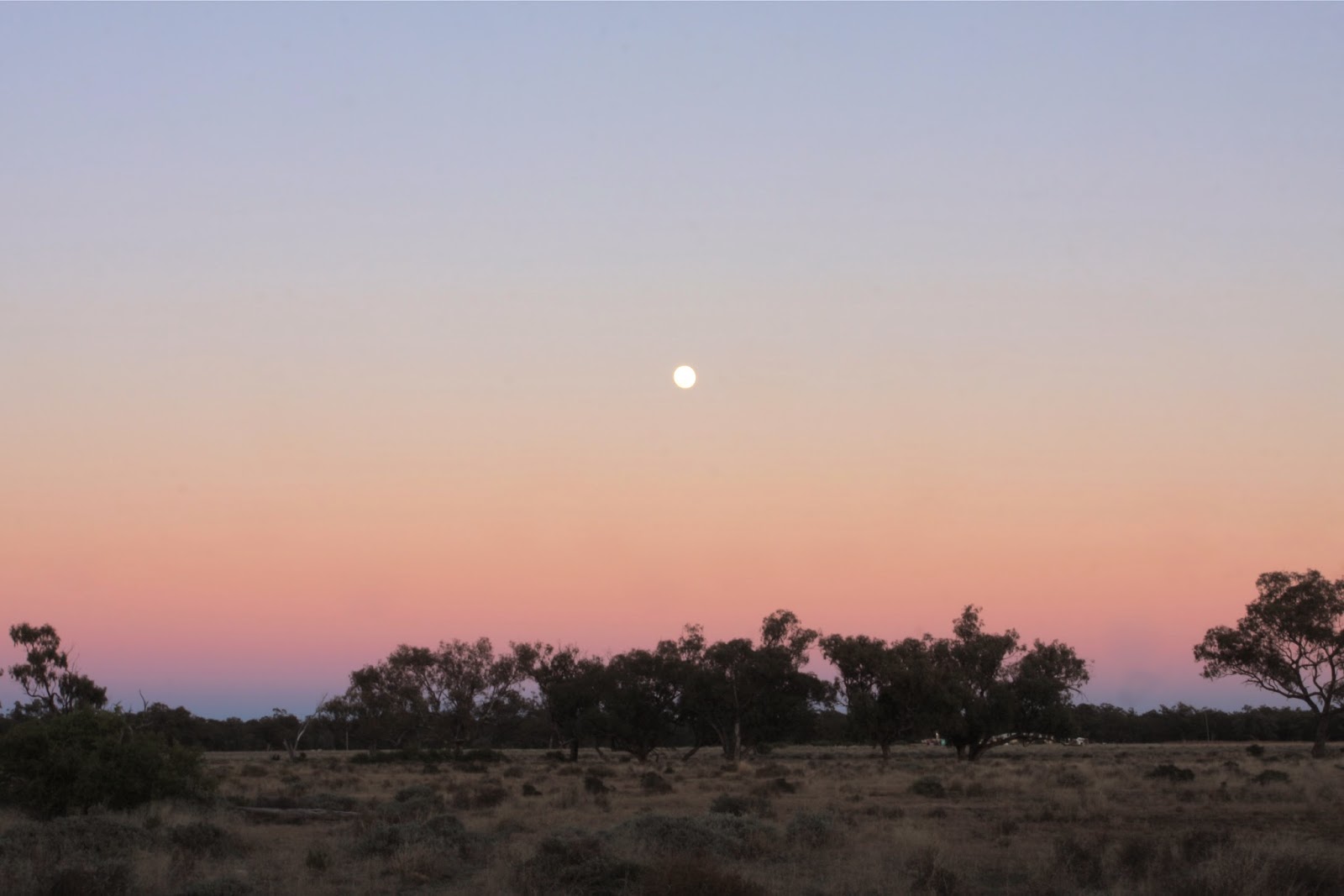 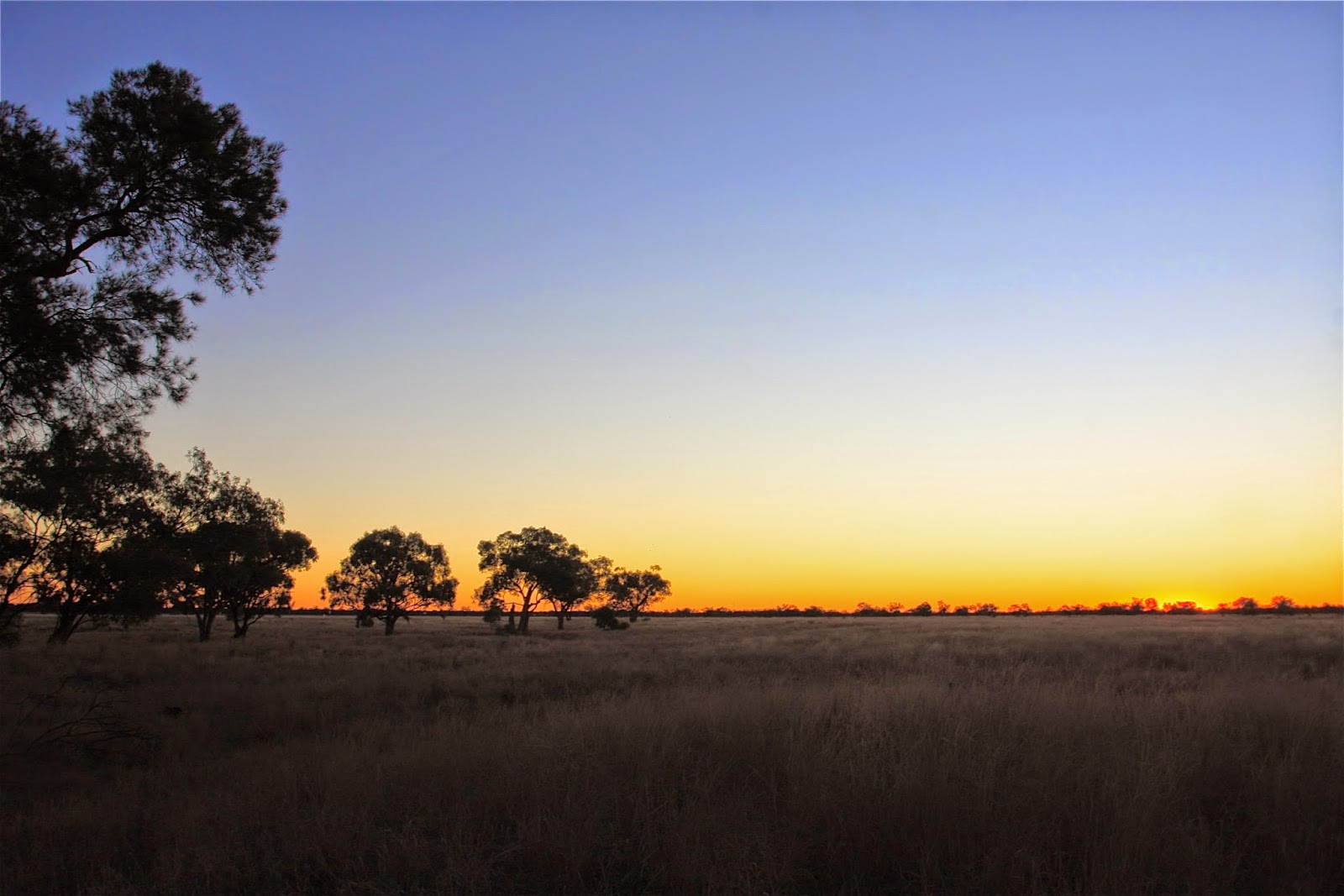 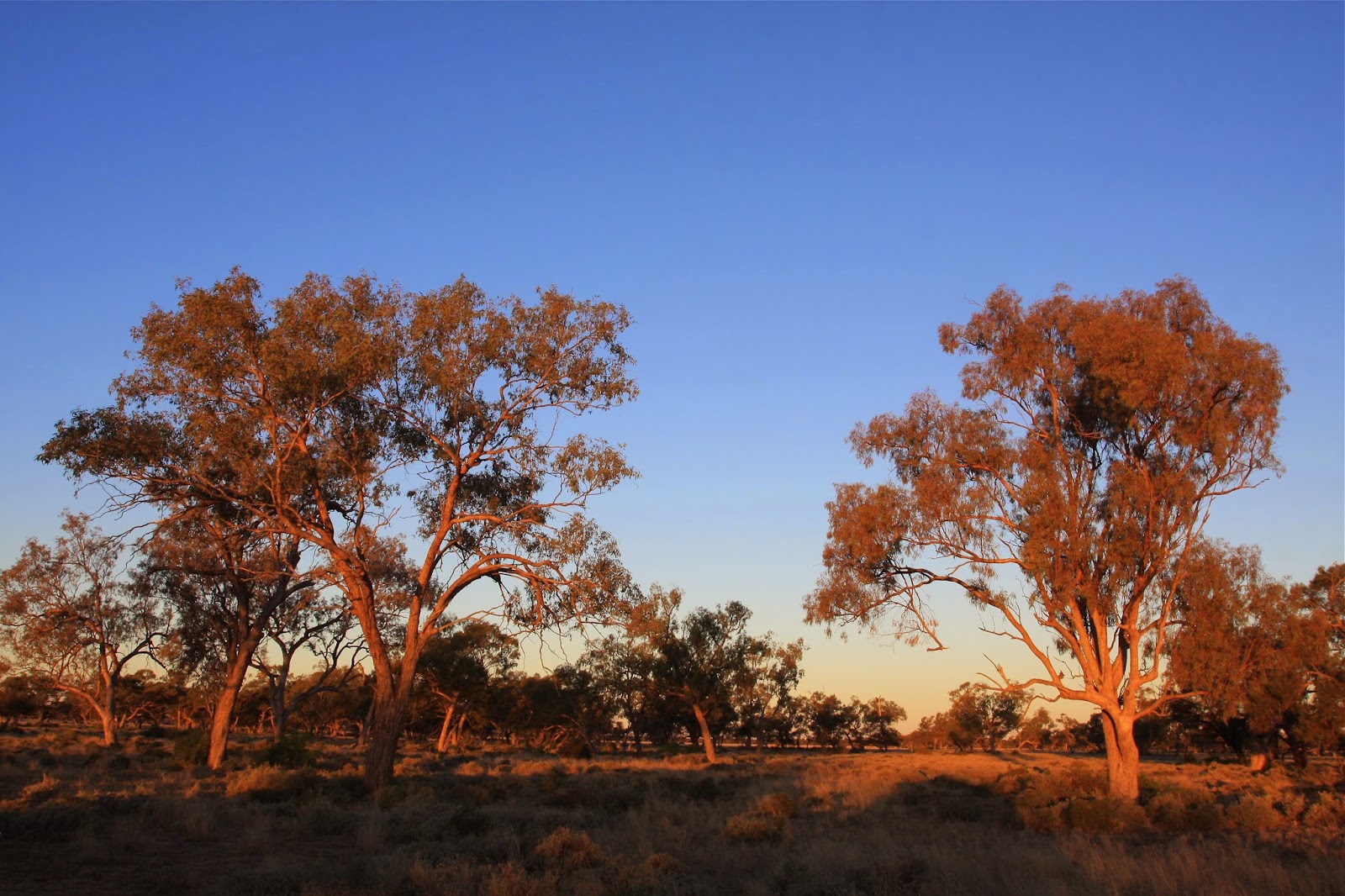 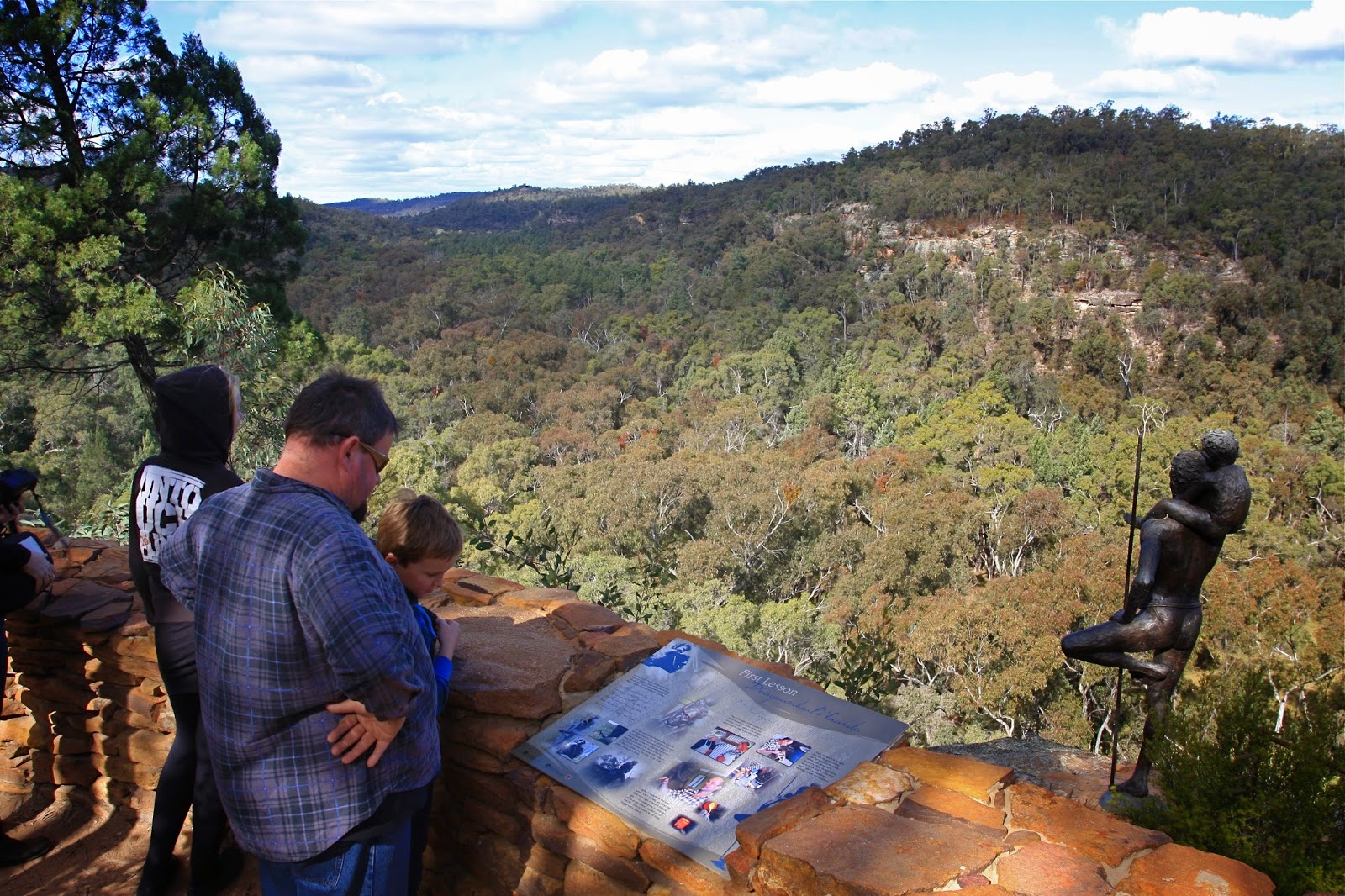 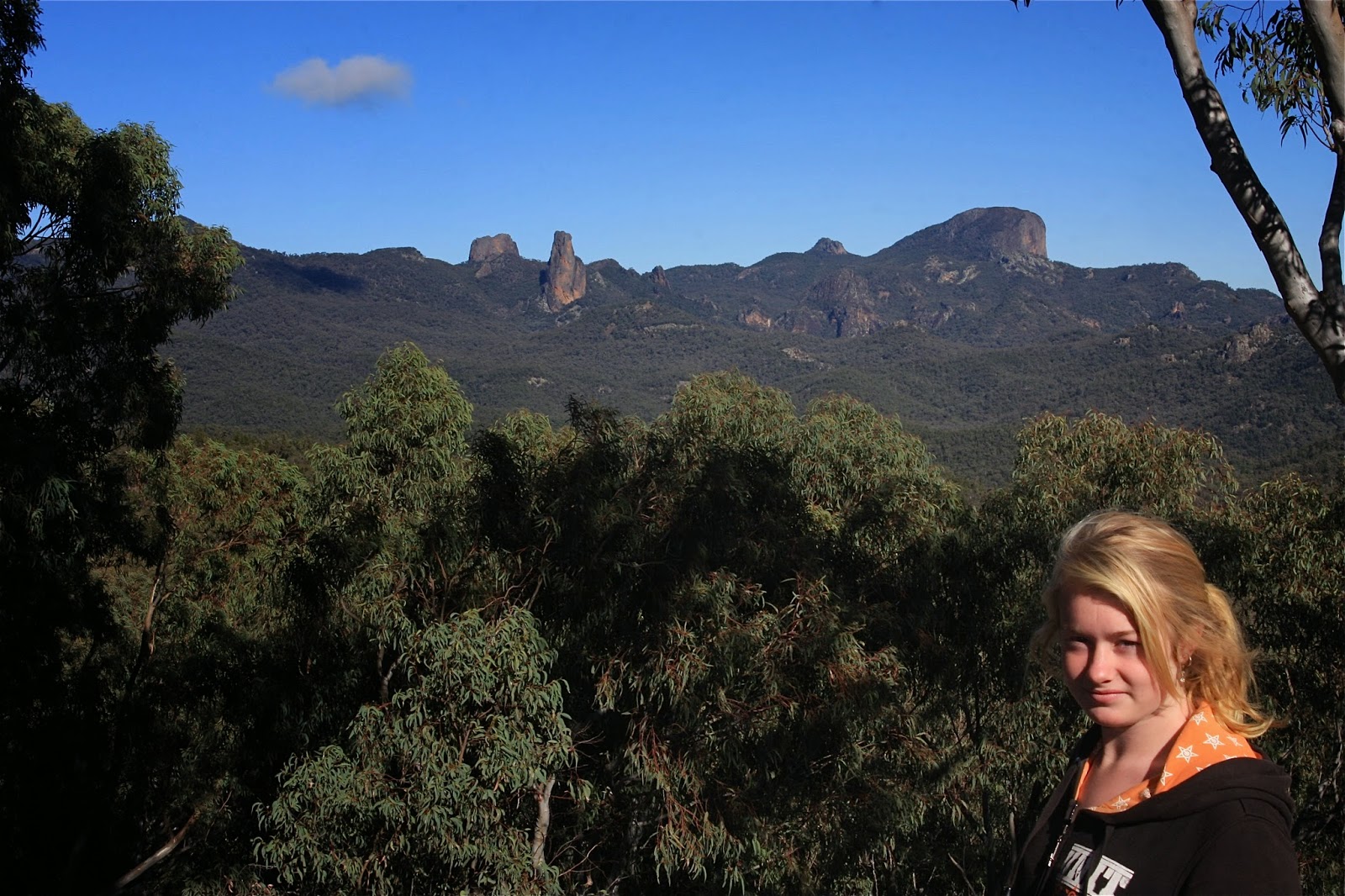 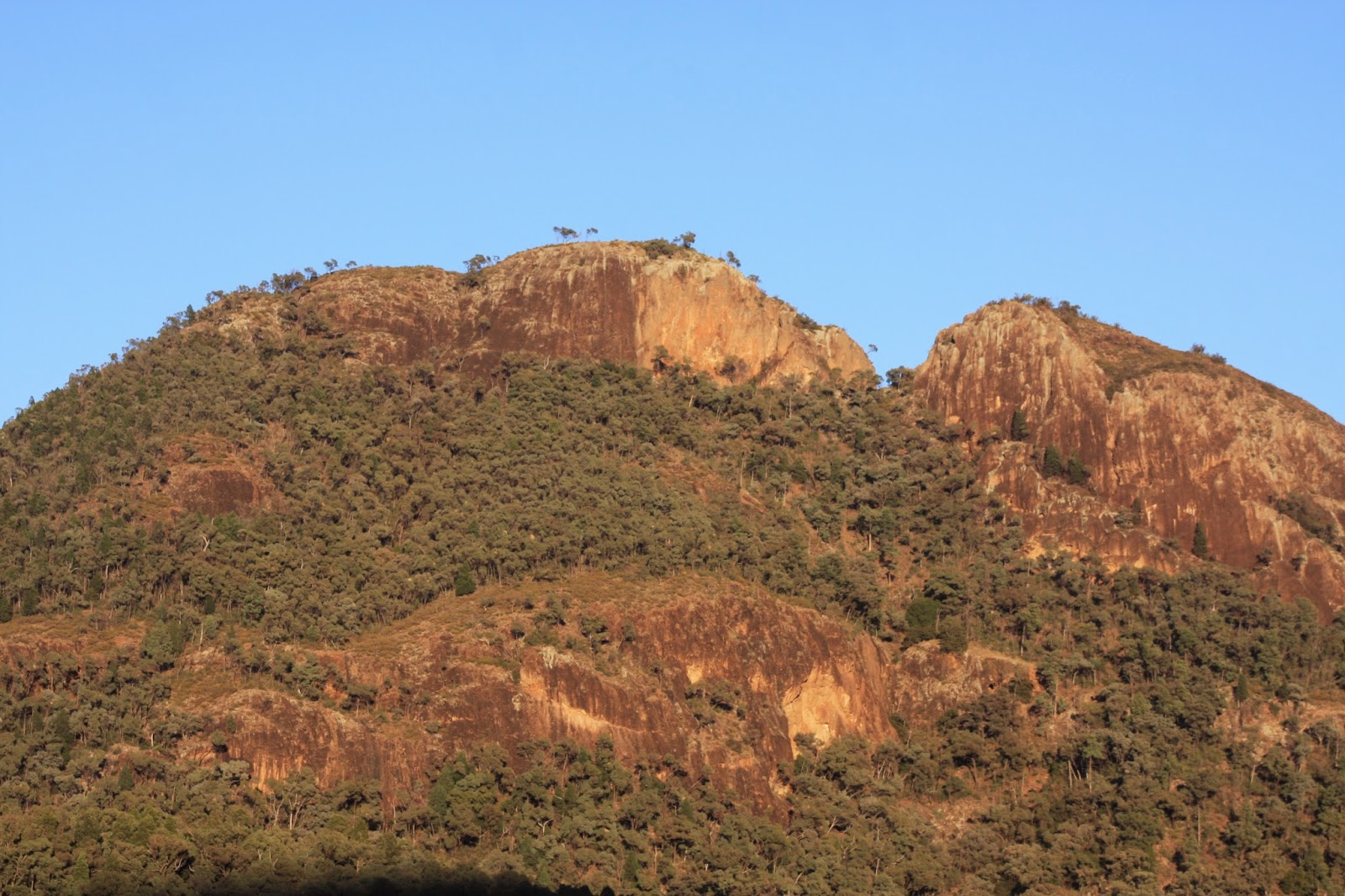 Email ThisBlogThis!Share to TwitterShare to FacebookShare to Pinterest
Labels: PILLIGA TO THE WURRUMBUNGLES