Mid western NSW is jammed packed with history, destinations and camping. On a recent trip we decided to explore several areas of interest that included traversing the Barrabra Track to Mount Kaputar, the Pilliga Forest and down to the infamous Wurrumbungles. We knew that by heading west in winter it would be rather cool, but this defiantly adds to the excitement.

Mt Kaputar National Park is part of a volcanic skeleton of a once active volcano, which rises to the Nandewar Ranges and now provides a picturesque background for the residents and visitors of the North Western Slopes and Plains. The Nandewar Range forms remnants of a large volcanic complex built up by repeated eruptions during the Miocene Epoch, between 21 million to 17 million years ago.

Instead of heading along the mainstream roads towards Mount Kaputar, we decided to head along a little known track from Barrabra to the top of the mountain of Mount Kaputar. The Barrabra track is a locked trail and only 8 4wds per week are allowed to traverse this trail. While there is nothing hard about the Barrabra track, you do need a real 4wd with a little ground clearance and you need to adhere to the conditions. The trail heads to some 1510 metres above sea level, so with a little rain or snow the track can be closed till further notice. Barrabra is a quaint little town with basic facilities, once boasting a host of mineral mines it sits quietly in western NSW. After obtaining the key and some local information regarding the Barrabra track we headed some 45km west from town passing through working established properties and a few hobby farms along a selection of sealed and unsealed roads. Entering into Mount Kaputar National Park is via a gate which isn't locked, but will inform you of basic park information and regulations. It is even evident from here that this was volcano country with deep red soil and thick undergrowth that seems to thrive in these conditions. Starting here at around 400 metres above sea level and at the base of the mountain, the road surface can be pretty rocky, but by selecting 4wd low, it normally isn't a problem for most decent 4wds.

The entire park which has an area of around 51,000 hectares has been classed as a wilderness area, and it is easy to see why. The park is home to a number of endangered and vulnerable plants and animals,and around every corner gives way to a new selection of forests, from several old growth forests, valleys of grass-trees to some of the most westerly rainforest in NSW. While the track is only 8.5 km long we allowed around an hour to traverse here to soak up the experience. A great stopping point is at Brushy Mountain Picnic area, located some 4km along, it has some basic facilities including a drop toilet and bbq facilities. The first of the locked gates are here at Brushy Mountain and the only way in was with our designated NPWS key- the gates here are large and defiantly here for a purpose.
Between the 2 locked gates is a drive of around 4.5km, we found traversing this trail interesting with some sharp rise and falls along the way, narrow road sections and corners sign posted at 5km !!, would be interesting meeting another 4wd coming the other way. Climbing to some 1510 metres above sea level we saw a change in the huge gums dominated by sub alpine vegetation that lined the road, and we felt the air cool down dramatically as we finally found the last locked gate close to the summit.

There are several options in the park if camping, we chose Dawson Springs which is the highest camping area in the park and has some great facilities with hot showers, toilets and large fire bins. Dawson Springs camping area is well set for those with tents, camper trailers or day visitors exploring the area. After our initial camp set up we headed straight for several local walks to explore the stunning views and history of that this parks holds. Heading straight to the summit of Mount Kaputar we were pleasantly surprised with the amount of ice that was still falling from the trees in the afternoon, this also gave way to some stunning clear views across the plains below. Walking tacks in the park range from mild to wild, yet there are several lookouts close to the road that cater for wheel chair access and those with disabilities. The Governor walk is a great trail to explore for those with a little fitness. This 2km walk leads you to a large volcanic plug where you have uninterrupted views as far as your eyes can see across the westward plains. Be warned though, there are several sections along here where you pass exposed cliff edges, but defiantly worth the effort.

With several walks under our belt it was time to kick back around camp utilising the large fire bins provided, mind you because this is National Park you do need to bring your own fire wood. Winter nights are very cold out here and with a wind chill factor, expect temperatures to drop below zero regularly expect the fog to roll in early in the evening. It was surprising to see early the next morning several wallabies and many birds cruising the campsites looking for any scraps left from the night before- feeding the animals is discouraged as it does upset their digestive system.

Another great section of the park to explore is the northern side where you will find Sawn Rocks, one of Australia's best examples of the geology formation- organ piping can be found. To access Sawn Rocks, you need to leave the main part of the park and head across to nearby Narrabri, before heading along the Bingara road for some 35km. No camping is allowed at Sawn Rocks, but the facilities here are top class, with free bbq's, toilets and a sealed walkway allowing easy access. For the more active you can follow the formed stairs down into the lower gorge to explore the horizontal polygonal structures or fallen rocks in the Bobbiwaa creek bed. The forty (40) metre high cliff face is the sheered off remains of a basalt lava flow from the Nandewar Volcano which dominated the area 21 million years ago. When the molten rock with the basalt lava flow cooled slowly and, importantly evenly, this enables the individual crystals within the molten rock to align perfectly with each other. These rocks formations are well worth the drive.

Sawn Rocks is an area where you can lose an hour or two with the walk and lunch, but our destination was further west towards the Pilliga Forest area. Heading back into Narrabri and restocking with food and fuel the road westward soon beckoned us. The Kamilaroi Highway, a narrow sealed road follows the Namoi River towards the rich cotton growing area of Wee Waa. The Aboriginal meaning of Wee Waa is "Fire for Roasting", and it was the first town on the Namoi River, having had its beginnings in 1837.  The birthplace of Australia's modern cotton industry it relies on the rich soils and nutrients that came from the volcanic spewings of Mount Kaputar.

We were lucky enough to pass through here in cotton harvesting times, where the kids thought it was great seeing just how and where cotton comes from, and by the amount of cotton beside the local roads, it has been a great season. Wee Waa has a friendly population of around 2000 people and has basic facilities. Our destination now was Pilliga around 56 km west of Wee Waa. It is, in fact, approachable from five directions, four of them dirt roads. The road from Wee Waa to Pilliga is sealed, but it is narrow and pretty funky on the edges. The local community of Pilliga have set aside several acres of land just out of town where free camping is available. We were pleasantly surprised as we pulled in, hosting some hot artesian bore baths ( sunk in 1902), toilets, showers and all fully grassed. It seemed everyone was here for the same reason, to experience the hot baths that have a reported therapeutic effect !, we can defiantly say that the baths were a welcome sight after several cool nights previous at Mount Kaputar.
Fires are allowed here in the camping area but you need to bring your own firewood, yet we found a local who occasionally brings in trailer loads of firewood for a gold coin donation- how good are country folk !!.

From the camp ground there is a 2 km walk around the surrounding wetlands, if you are lucky enough you might see a host of birdlife, from Emus, Kites, Ibis, several types of Robins to Willy Wagtails. In fact the kids around our camp saw several foxes in the paddock next door while playing spotlight one night. Out here you get the real sense of being 'outback'- with cool clear nights where the star trails seem to hit the ground, stunning sun rises and sun sets, spotting satellites as they cross the sky and breathing that fresh country air. 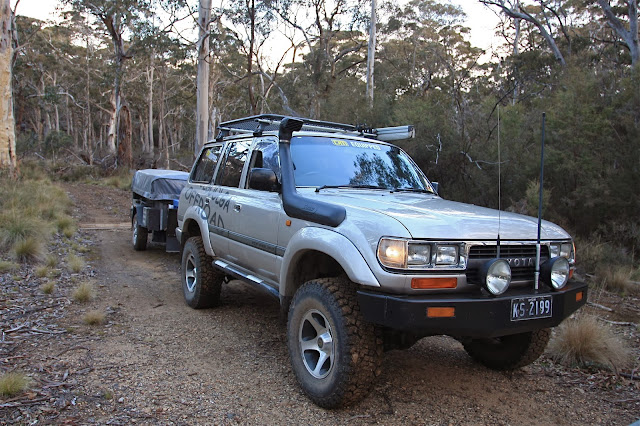 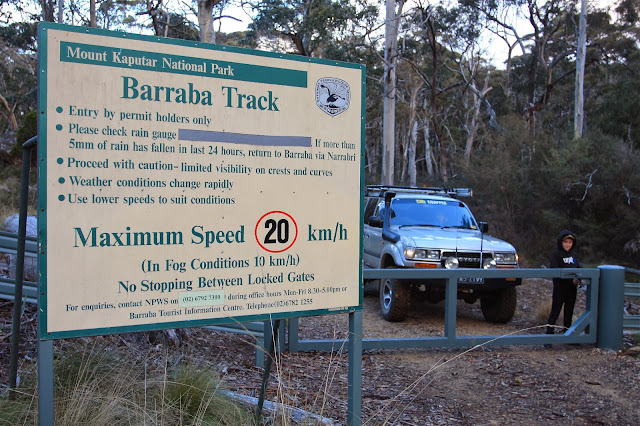 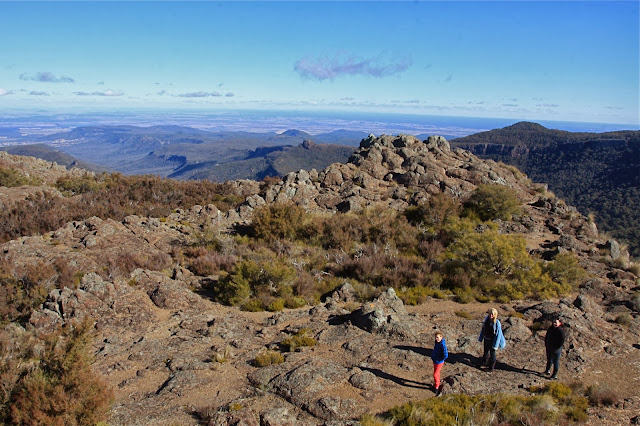 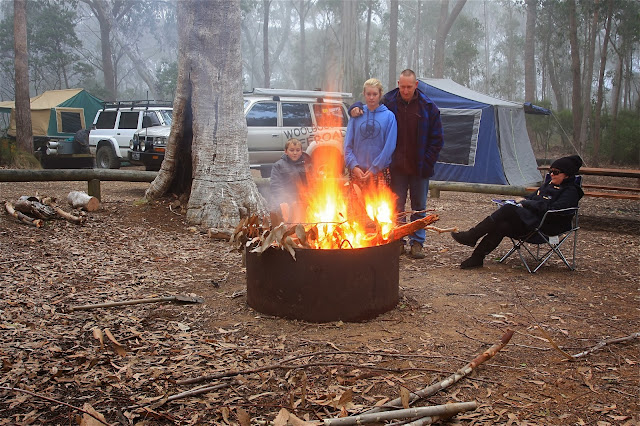 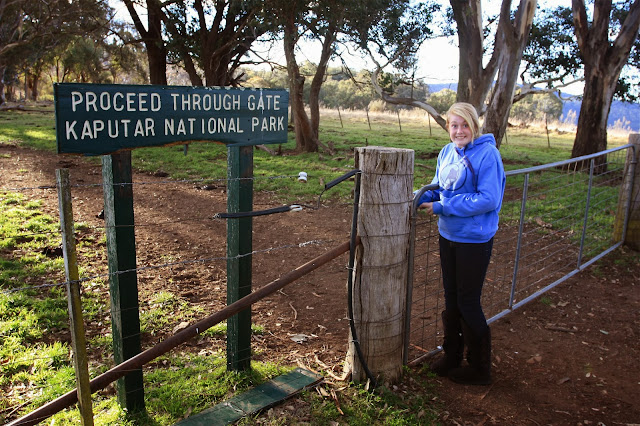 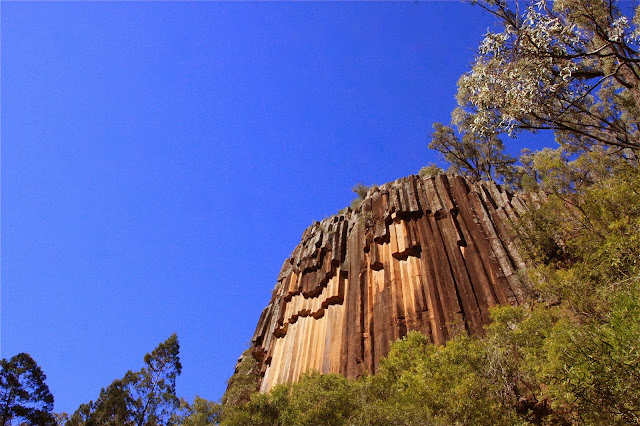 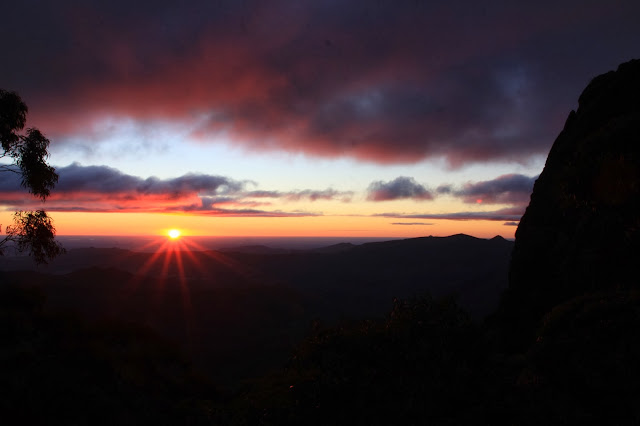 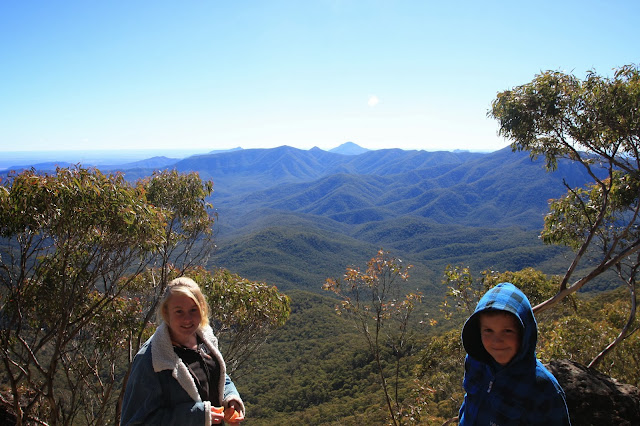