Another popular destination here on the Coffs coast hinterland is Bindarri National Park. Although not rich in history, challenging tracks or heritage listed, it is enormously rich in the diversity of what lies within. Located just 15 minutes west of Coffs, it is popular with locals who just need to get away for the day to escape the hassle of everyday life in our small city. Summer time is probably the busiest time here as this park holds some great little fresh water holes and cooling rainforest picnic spots. Bindarri was formerly Orara State Forest till 1999 until National Parks took control. The vegetation in the forest is fairly young and it lacks diversity providing evidence of recent logging. Under the guidance and strict control of National Parks it will soon become a complete rainforest again. Bindarri or Bindarray is aboriginal for ''many creeks'', which this area has ample of.

From Coffs head west 7km until you arrive at the one shop town-Karangi. It was the centre of gold mining activities back in the 1900's. From here turn left towards the Dairyville-Orara area, this is like a step back in time with farm houses that date back to the turn of the century, farmers that still drive the old Massey Ferguson tractors but are happy to give you a huge cheery wave. Several stops can be made along here at our local dam, various high points overlooking green farms towards the steep hills that form a basin around Coffs or even at Dairyville hall which is 120 years old to look at the monument.

Two choices here turn right and head up to the hinterland towards some magnificent creeks, awsome views and several walks. Travelling for 6km along here you will traverse 4 creek crossings and a turf farm but you will soon come across the end of the tar, where you AGAIN have several choices. Hop out here, have a short stroll towards the creek and take in the bush is always great for the kids. Back in the car there are 2 options, depending on the road conditions. Straight on there is Pine Road to the top, or Jersey Bull to the left. National Parks will shut off Jersey Bull if the weather conditions are not good, and rightly so too, as on this track it does get extremely slippery on the red clay. So if this the case, the gate will be locked and you can easily traverse Pine Road which runs high up in the hills, twisting its way along ridges giving some great views down towards the coast. Roads here are always in a great condition as it runs along a major power supply line, and there is always the chance of shooting down a side track towards a tower to admire another view.

When reaching the top, you can either head left or explore Bangalore Falls picnic area, and for those feeling fit a return walk of 1.3 km is at your fingertips. Toilets, bbq tables and information boards have been installed here by the National Parks. If by any chance the gate was locked down the bottom at Jersey Bull it will also be closed here after the picnic area as this is the top of the clay sections. Another decision is wether to wander back down the mountain to Dairyville and maybe sight the odd lyrebird, wallaby or even an eagle soaring is always an option- or head back to Ulong on the tar then cruise back to Coffs. If you head back to Dairyville hall, turn right and admire the rich green farmlands that this valley has to offer. As you drive along here, just think that the few hills just east of you, separates Coffs from these valleys. A few kays along here a quick turn right into North Island loop road will have passing several small hobby wineries, b and b's and yet again some of the best dairy land on the north coast. Approaching on the right will be Dingo creek Road.

Turning right here, will see you enter a maze of roads that criss cross each other, you'll pass through planted gum lots, virgin rainforest, amazing waterways ( that are safe for the kids), lantana infested growth forests and tall timbered hills. With the road crossing so many creeks, there is no limit to the amount of swimming; exploring or relaxing that can be had here. Any random creek can be stopped at to sit and cool off and let the time pass, or just park and go for a wander you’ll never know what you might find.

Most of this area has been logged several times from the 1880's till now, but if you look throughout the forests you will still see some massive gums that stand around 50 metres high and there is evidence of the cedar cutters that have left huge stumps but are slowly rotting down. Walking around the creeks you will often find twisted logs and incredible rock formations that have stood the test of time through flood and fire. Often this is where you can find some great rockslides and pools for the kids (young and old) to splash around in, but mind you as the water wanders down from the hinterland it can be pretty refreshing even on the hottest summers day. Driving around here in the park is easy, but just being wary of the odd bike rider (both motor and push) as the park has something for everybody. There are several extreme walks to the top of Tuckers Knob, and down into Urumbilum Creek waterfalls.

Open fires are not allowed here in the National Park, but don’t let that stop you from bringing a gas bbq (just listen out for the fire warnings), as a full day out can be had. There is really no right or wrong way to travel the roads in here as they all eventually loop back to the start or will just die into nothing. For those into Geocaching there is even a hidden treasure for you. After a long relaxing day listening to the sounds of kids having fun, whip birds calling and the sounds of the forest you can either wander home the way you came in , or when reaching the tar, turn right-this will take you back along South Island Loop road and put you closer to Coffs. 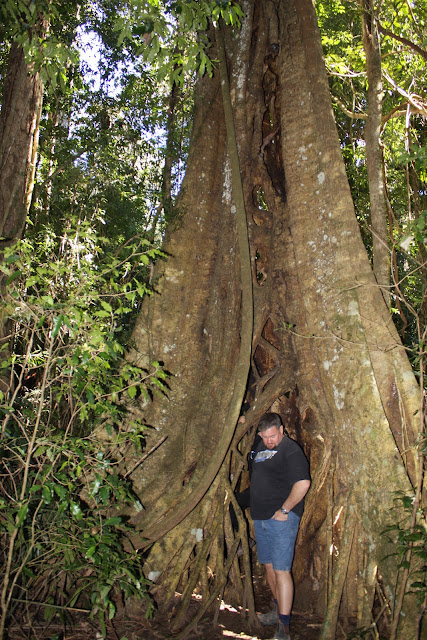 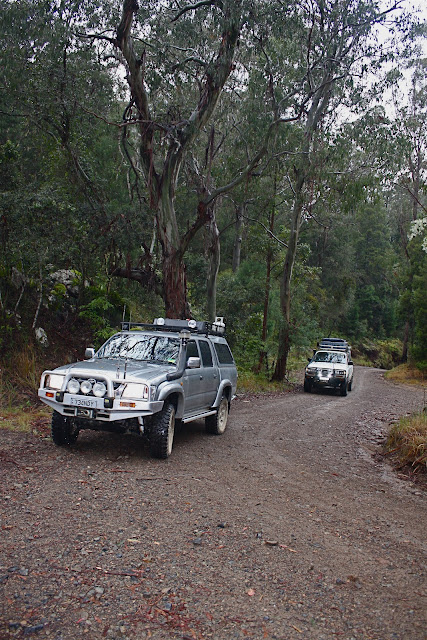 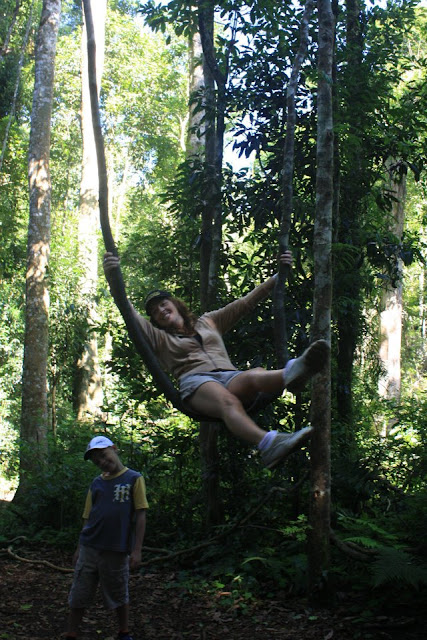 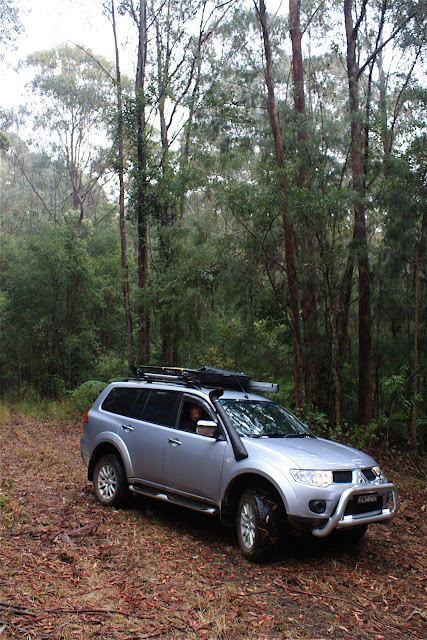 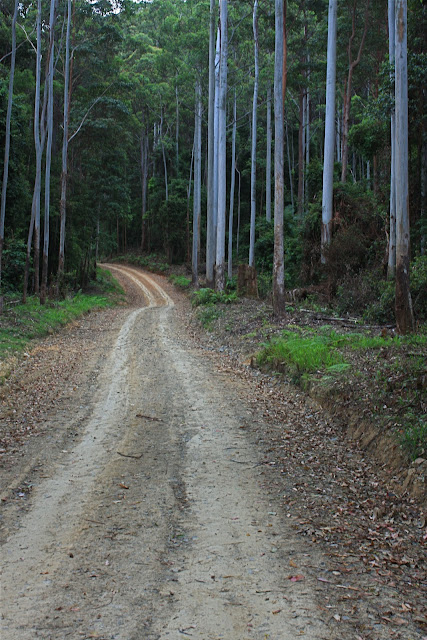 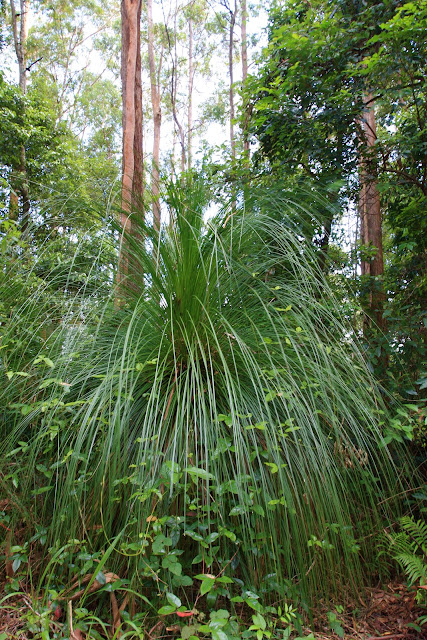 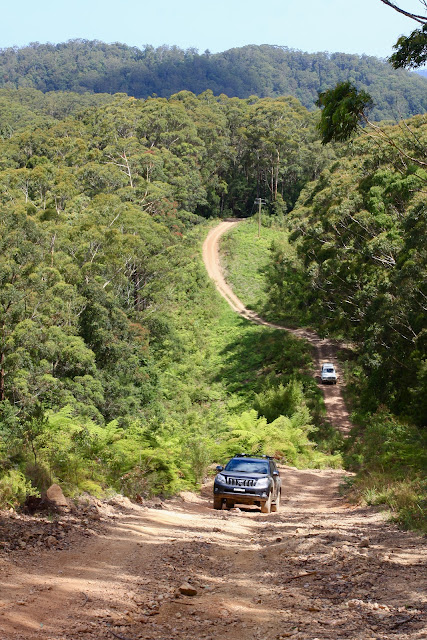 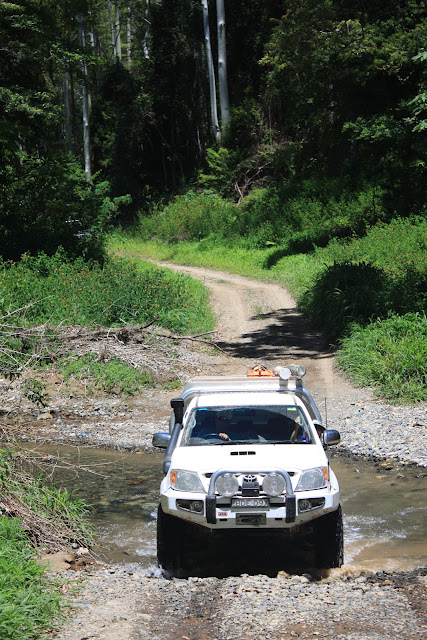