On our recent trip out west our last port of call was a hidden spot called Warrabah National Park, tucked down between Manilla and Uralla.

If you were google the word Gorge as a noun the meaning would be "A narrow valley between two hills or mountains, typically with steep rocky walls and a stream running through it". Well there is such a place in mid west NSW. The Warrabah National Park seems to tick quite a few boxes, it is remote, you need to be self sufficient, there are plenty of activities and it helps if you have a 4wd to get there. Warrabah National Park is a special park, on the western slopes of Australia's Great Divide. The park was declared in 1984 and now covers nearly 5000 hectares, along nearly 20 km of the westward flowing Namoi River.

Our trip starts at the small mid western town of Manilla, some 80km north of Tamworth. Manilla has basic facilities such as mechanical workshops, supermarkets and the last stop to fuel up. Head north from Manilla just across the Namoi River then head east off the Fossickers Way towards the park. The first 15km is a narrow sealed road as you wander past hobby farms and old buildings, soon you hit the dirt and the farms seem to grow in size. The next 25 km on the Namoi River Road into the park is unsealed where you pass through larger properties sitting on the Namoi River. Most of these station roads see little maintenance and can be a little sketchy, so it is worth while to slow down for any oncoming traffic and there is always the chance of stock wandering on the road best to throw your lights on.
The landscape seems to change over every hill and around every corner out here as you rise and fall over the Nandewar Range which was first seen back in 1818 by explorer John Oxley. Gum forests soon give way to forests full of cool climate Conifer trees, paddocks open up as far as you can see, then back down into another gum forest. There are several turns towards the Warrabah, but these are sign posted towards the park. Entering the park you are greeted by the usual information board and pay station where an honesty system is in place to pay your fees. The main campground sits right on the Namoi River with plenty of sites for tents and camper trailers along with several composting toilets, firewood bins and bbq's.
Here the Namoi River has formed an impressive gorge, where it cuts through the Nandewar Range. Huge Granite Boulders line the river where it burbles away creating pools where you can fish for yellow belly, cod, redfin or carp.  Take care if swimming in these pools as after floods there can be the chance of submerged logs or cooler water. There is a vast range of animals that frequent the river from little willy wag tails, shags, lizards and snakes and if you are a morning person an odd Platypus can be spotted.

The park lies on the rugged Nandewar Range, part of a belt of granite that extends 200km towards Queensland. This part of the Nandewar Range still has woodlands that form an important corridor for travelling wildlife and still has large areas of Grassy White Box woodlands, their survival is threatened in most other parts of northern NSW. Out here you need to come prepared for cold changes in any season. The winters can get down below freezing and the summers can get stifling hot in the high thirty's- great snake weather.

Another option for those with a off-roader with a little ground clearance is to head to the more remote campsite of Gum Hole camping area. This area is only 3km away but it is 4wd only and not recommended if wet. While the road isn't rough, it defiantly is steep and narrow as it rises and falls some several hundred metres over the 3km passing through huge granite boulders and several forests. The camp grounds are great, each having their own bbq fire pit and table, also firewood is provided by National Parks, a drop toilet is nearby all with water views overlooking several large pools. Along with the main campground there are no bins provided as this keeps the vermin at bay and keeps the park clean- nothing wrong with taking out what you bought in !!.

Camping here at Gum Hole is great, as it gives you the privacy away from the main grounds and allows you to explore more of the ruggedness of this area. There are several informal walks from the camp ground along the river bank into the gorge in both directions but the best walk is the downstream walk. This takes you along the steep sided gorge walls where they rise some 20 metres above you before opening up giving you some fantastic views. Keep an eye out for just how high the Namoi River can rise in flood times, with the debris high in the trees above and the piles of drift wood that has been left high and dry. This is a  great area to throw a few lures around to try your luck in these deep pools, and in summer even try riding the small rapids on a lie low or tube if the river isn't in flood !! Most walkers with a medium fitness level can follow the river, where rock hopping can be combined with swimming. If you are willing to climb to some of the higher peaks, the views are very rewarding.

After kicking back here for several days with no phone reception, breathing the clear mountain air and just chilling out, there is another alternative way out of the park to lead you further towards the coast and to explore more of the tablelands that surround the Nandewar Range. Heading back out past the main campground and out of the park for another 10km, it is possible to turn left here onto Glenbarra Trail and head east ward for around 60km to civilisation. The great thing about this area is just not knowing what to expect around the next corner. Trackside there are several old graves that sit quietly in the valley. These graves date back to 1898 when a little girl, Sarah Abbott passed away when she was only 4 years of age. Apart from several other family member graves here, not much is known about these family members or just how they passed away, but it makes you ponder just how life might of been some 114 years ago out here and why they decided to settle here. Several old buildings and yards are nearby overlooking the Namoi River, it is reported that squatters moved to this area in the mid 1800's beyond the limits of settlements to start a new life, they were attracted here to the prime sheep grazing land, and soon gold was found in nearby Rocky River swelling the areas population.

The Glenbarra Trail will soon lead you to the Namoi River with a larger crossing. This is one crossing where you might need to check the water flow and depth if any rain has been around as the river can be some 100 foot wide at the best of times, but with a rocky bottom and by choosing 4wd it really shouldn't be a problem. It's a great place to stop for a cuppa and even to walk the old footbridge just down stream from here- obviously put in place by the locals when in times of flood. The Glenbarra Trail forks after here, so swing left after the Namoi crossing. The roads out here rise and fall with the land and are irregularly maintained and with a bit of traffic , weather conditions and stock moving around expect to find some rough patches with sand and bull-dust holes, being Granite county the roads can become a bit slippery due to the granite being the main source of material out here so travelling in high 4wd isn't a bad idea. What is surprising is the number of properties out here, and while it is ok to pass through on this main road there are signs in place warning you of no camping, shooting or fishing on their land. From open farmlands to thick scrubby forest the scenery changes over very rise.

Rising and falling towards 800 metres above sea level the air seems to be clearer and crisper out here in granite country. Keep in mind too that this was bushranger country back in the day, and you can see why as they could hide in and around the huge boulders that suit in the paddocks amongst the scrub. The most famous bushranger in this area was Captain Thunderbolt, who's area was from Uralla and north to Tenterfield. Captain Thunderbolt ( born as Fredrick Ward ) was a known cattle and horse thief in his 6 years of crime before being shot by local police. He is now buried in the cemetery at Uralla, a must do stop
As you wander along through the localities of Balala, Kingston and Gostwyick, there are a number of old buildings that sit quietly in the paddocks that have been placed on the Register of the National Estate as Heritage Listed buildings. Soon The Glenbarra Trail turns into Balala Retreat Trail and you know that civilisation isn't too far away as sheep stations give way to boutique horse studs, several wineries and seasonal crops. The end of your journey soon comes to a halt at the shire of Brushgrove. Here there is nothing more than the restored school come hall, that was only in service from 1954 to 1964, very quaint in it's surrounding settings, and unfortunately it is the start of the dreaded blacktop with a short run towards Uralla.

Some say its more about the journey than the destination, and visiting Warrabah National Park nothing can be further from the truth. While not a hard destination to complete, as the camping is peaceful, the surrounding country side certainly feels like a different world yet it feels like you are a million miles.

GETTING THERE
Warrabah National Park is located some 80km north of Tamworth in NSW. Turn east off the Fossickers Way just across the river at Manilla which sits on the Namoi River. The first 15 km of the road is sealed, with the last 25 km unsealed. Access from the east is possible starting at Uralla, although care needs to be taken when crossing the Namoi River as this crossing can become swollen after heavy rain.

CAMPING
All types of campers are catered for from walk in sites, tents to off road camper trailers. An additional remote campsite is available for those with a high clearance 4wd a fourth 4 km past the main camp ground. Fees are a minimal rate at $3 per adult and $2 per child per night.

WHAT TO TAKE
You need to be totally self sufficient when visiting this park, bring all food, firewood ( no collection as it is in a National Park ), water ( although it can be collected from the Namoi River but must be boiled first ), there is no phone service in this area. No bins are provided in this park as this attracts vermin.

TRIP STANDARD
The road from Manilla to Warrabah is a combination of sealed and unsealed suitable for most AWD vehicles, although to access the more remote camp of Gum Hole is 4wd only. During periods of heavy rain care needs to be taken as there are several cause ways to cross to enter the park.

MORE INFO
Additional information can be found at NPWS at Armidale on 0267 760000, Uralla Information Centre on 0267 784496 or
www.environment.nsw.gov.au/nationalparks/warrabah

PERMITS
No permits are required to enter the park, although the standard National Park camping fees apply. At the time of writing they were $3 per adult and $2 per child per night. 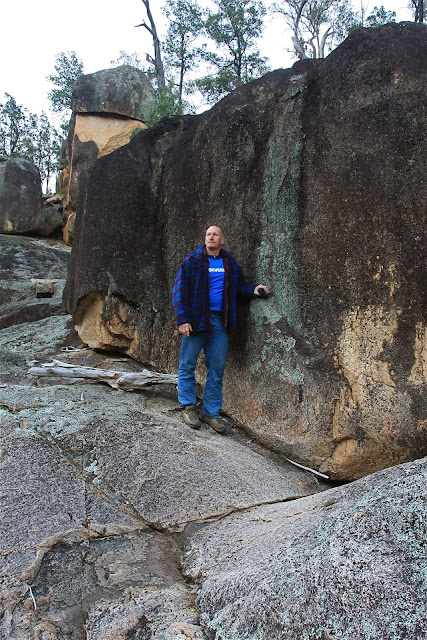 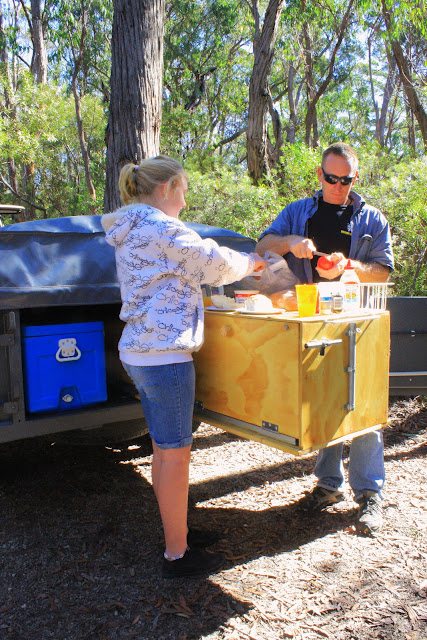 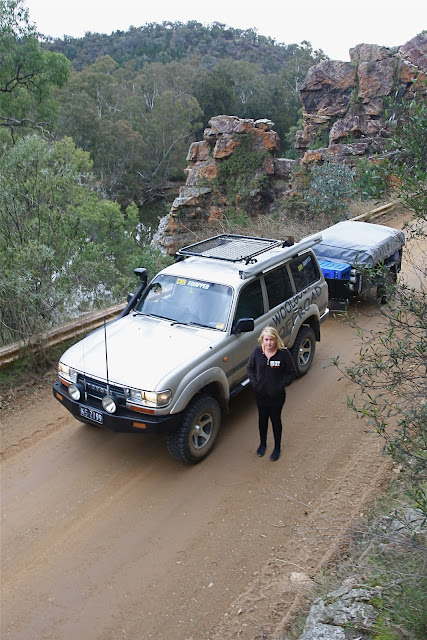 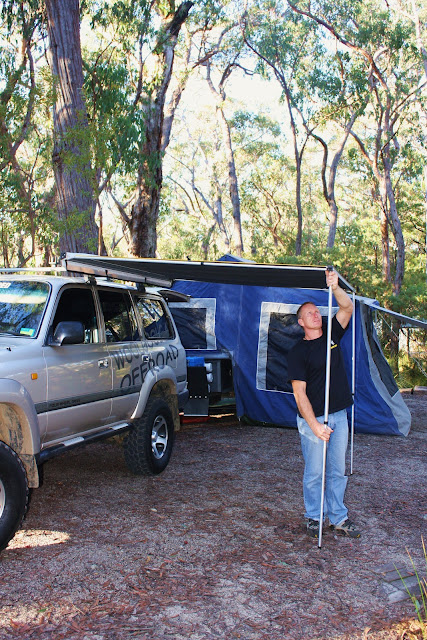 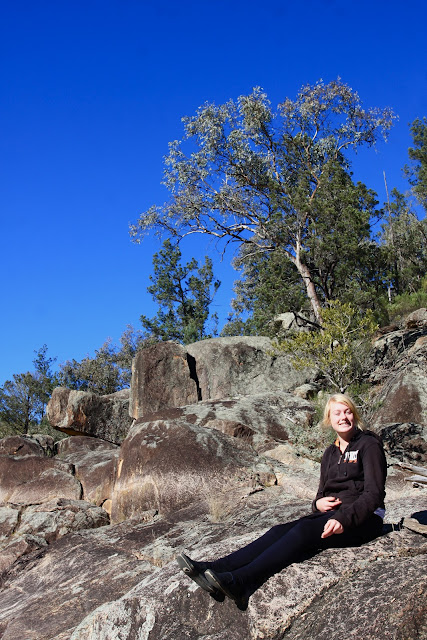 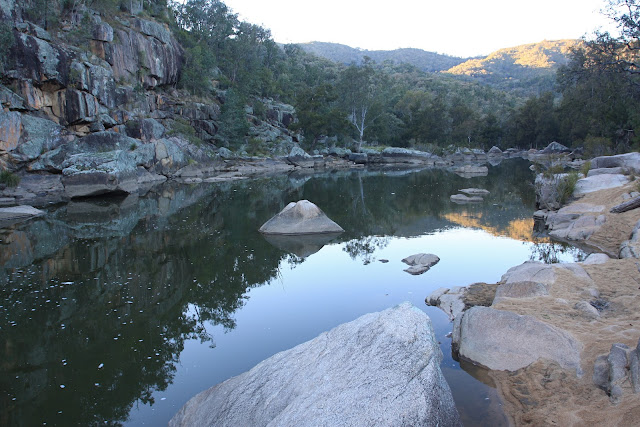 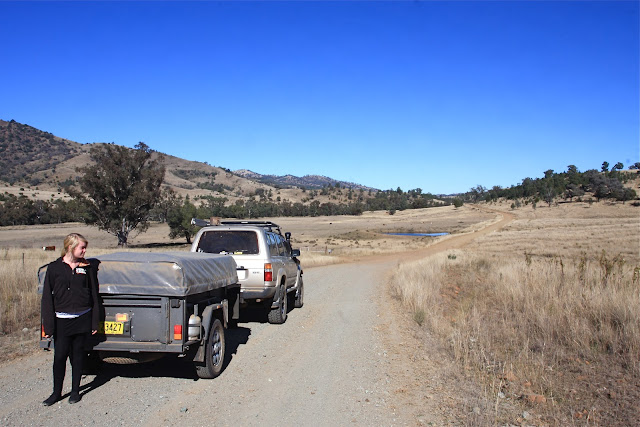 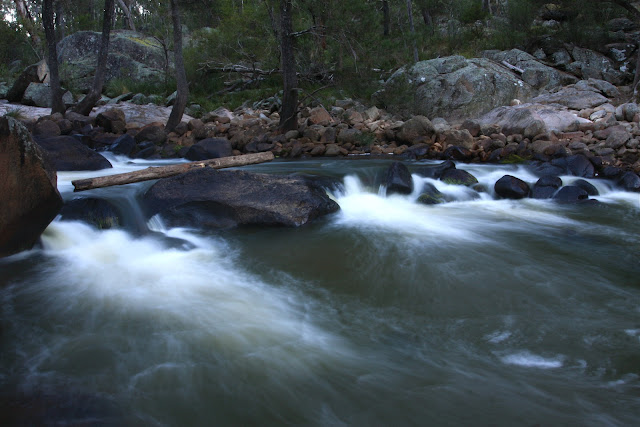